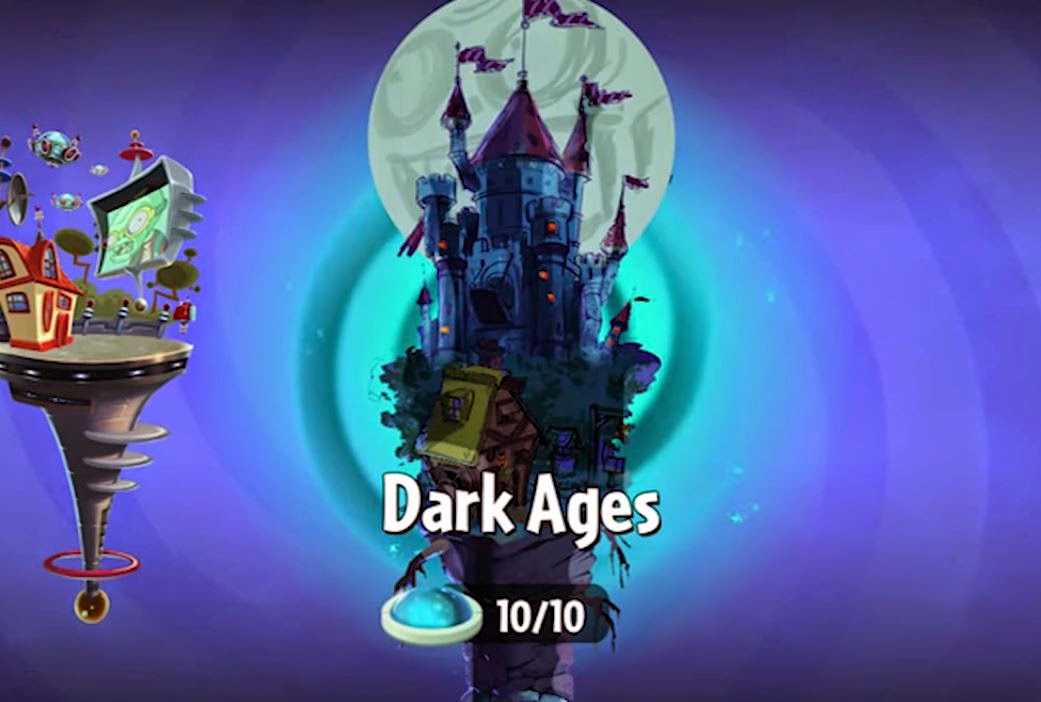 So I just finished playing the Piñata Party at PVZ 2 on my android phone when a popup message came up, inviting me to watch the trailer of the “Castle World” of Plants Vs Zombies 2. I have been waiting for this stage for a long time, so I was excited about watching this sneak peek. Check out the trailer below:
Apparently, this new stage will be called the “Dark Ages”. The name really works because aside from the fact that it will feature a map based on the medieval times, this world will be at night. And you know what night-time means in PVZ…
There is no sun.
And no sun means it will be harder for us to generate resources for plants and power-ups. Which is why this World is also packed with a couple of new features, like gravestones generating sun and plant food, and more “budget friendly” plants. 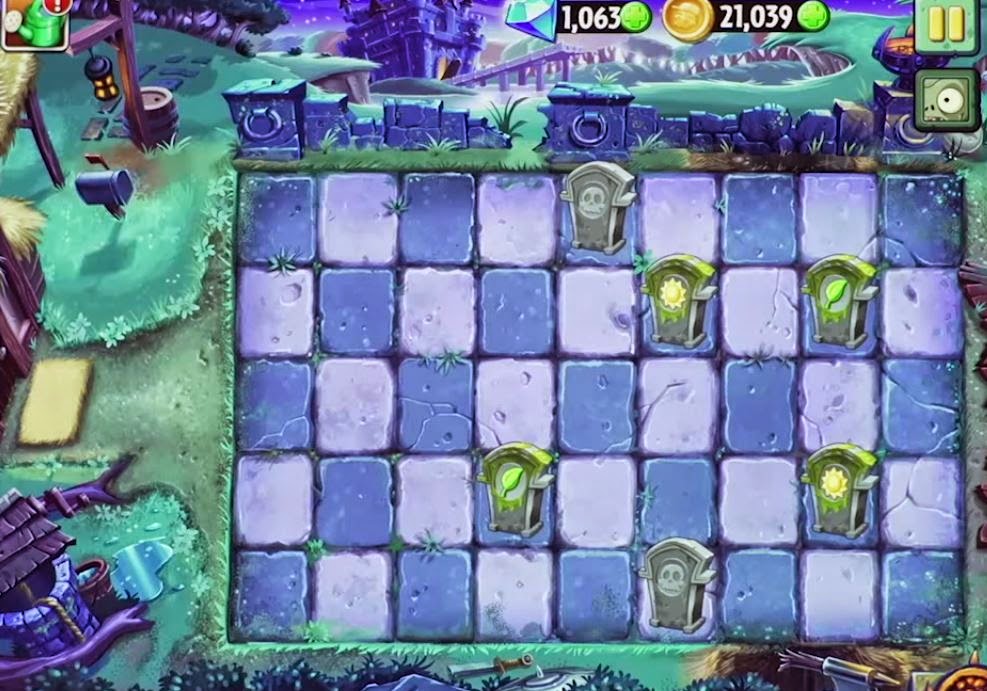 Speaking of new plants, the shrooms are also back to help you deal with these terrors of the night. There’s a pretty interesting one  called the “Sun Bean” (if I’m not mistaken), which when eaten, the zombie who eats it generates Sun every time it’s damaged. Coolness! But that’s not all. If you give plant food to a Hypno Shroom, the zombie who eats it up becomes a Gargantuar fighting for you! It smashes all the zombies  coming its way. Now that, is way cooler. 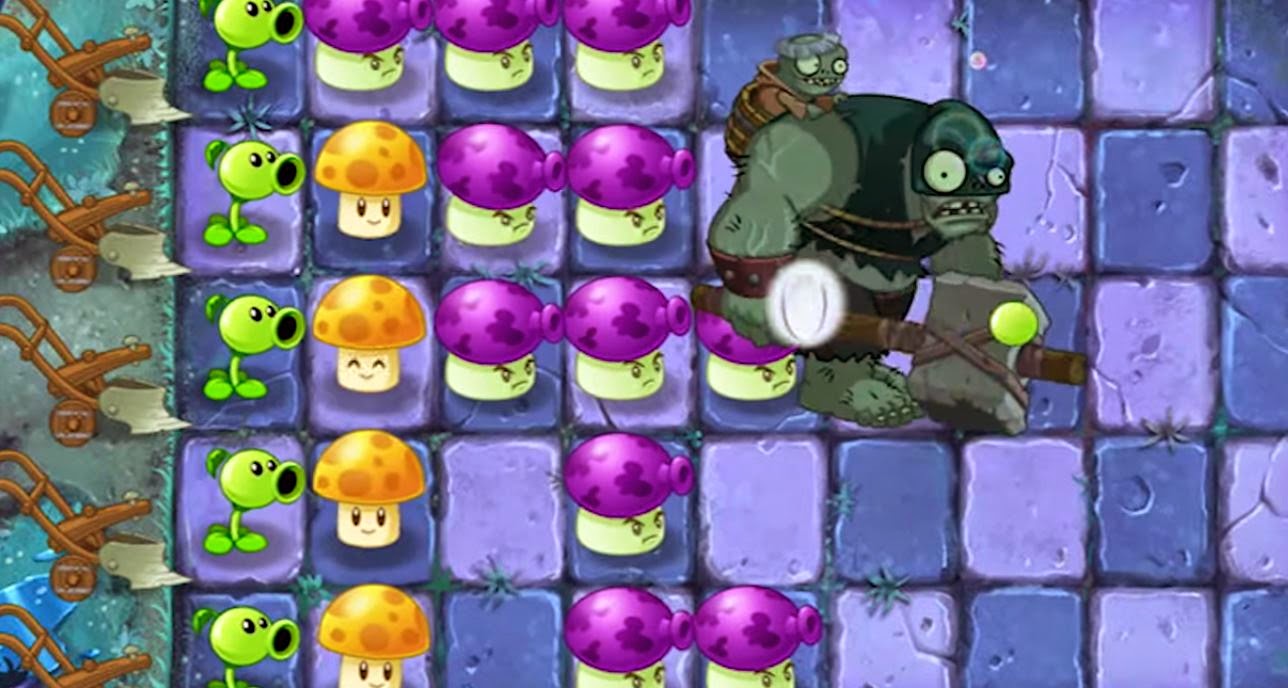 Now let’s talk about the new zombies. We’re probably expecting that there will be peasants and knights, but let’s talk about the more unique one. We’re gonna have a jester, whose special ability is to spin around and throw back to you the attacks that your plants throw at it. This means attacking it with plant-food powered plants is just gonna cause you more damage. Now the best way to deal with a jester, is to use a fume-shroom against it, as its attacks don’t get thrown back. It would be nice to see those giants going to the other way for a change. 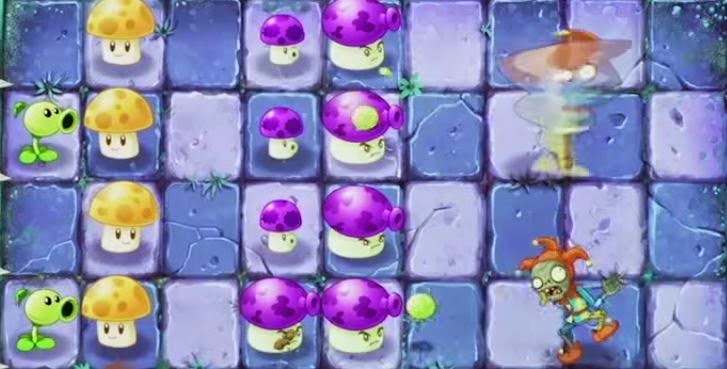 We don’t know yet when the update for the Dark Ages world will become available, but we can be sure that it won’t be that long. Anyways, you can check out the video below to see this “Castle Stage” in action:
So what do you think of this new World?

Credits to the images and videos used in this post go to “Noah” and/or to their respective owners. I do not own these materials. No copyright infringement intended.