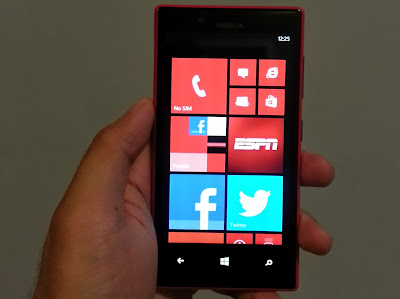 Amidst the domination of Android and iOS devices in the smartphone market today, Nokia’s Lumia series still manages to stand-out and keep up. An obvious giveaway would be that the Lumia family is constantly growing and trying to capture both ends of the market. With the 820 and 920 seizing the higher-range of the spectrum and the 620 and 520 pushing harder at the entry level smartphone owners, Nokia Lumia 720 is the soup that tastes “just right”.
The first time I got a hold of the Lumia 720, it immediately gave a good first impression with its light weight and sophisticated design. With a height of 127.9mm and width of 67.5mm, it’s remarkably effortless to handle with a surprising weight of only 128 grams. It’s a bit of a refresher from the large-screen smartphones we have in the market today that requires both hands to properly handle. 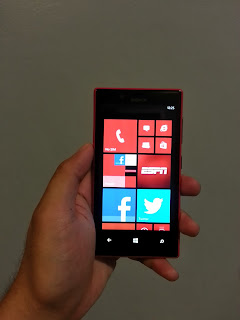 The factor that I think really gives the Lumia series its edge in the extremely competitive smartphone arena is its chic, stylish figure, having a curved unibody design that provides not just a comfortable grip but a fun, creative look as well. If you’re getting bored with the usual black and white colours we all have to put up with, Nokia answers your call with the glossy yellow, glossy red, matte cyan, and matte black colour variants of the 720. The glossy options are a bit slippery to handle, and they leave fingerprints all over the device, so unless your favourite colours are red or yellow, I suggest you go with the cyan variants. The Live Tiles are also fun to navigate with. The screen looks very interactive with the tiles flipping every now and then with each update it receives. 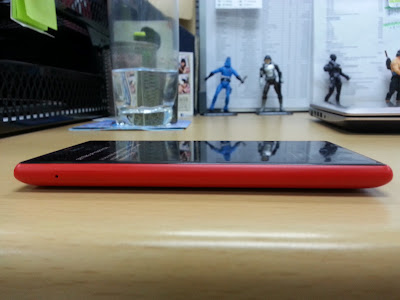 I am very particular with a phone’s camera as it gives me an excuse not to bring along a bulky DSLR for unexpected moments worth capturing. Don’t expect Lumia 720’s 6-megapixel camera to be a good substitute though, as its higher-end cousins provide better resolutions with a higher MP. However, the 720’s Carl Zeiss optics and f/1.9 aperture pretty much makes up for the low MP. For those who are not camera-geeky, a wider aperture allows more light to get through the camera’s lenses, which is particularly helpful when you’re taking pictures in low-light conditions. 720 has the widest aperture among smartphones as of writing, so you can probably say that right now, Lumia 720 is the king of smartphone lowlight photography – or you can probably come up with a better title than I did.

Running on a Qualcomm Snapdragon processor, 720 gives you 512 MB of RAM. Not bad, although not very competitive with other flagship phones in the market either. But then again this unit targets the mid-range market so it’s pretty much expected. Although you may find it a bit of a downer that some games and applications (like Temple Run for example) requires at least 1GB to work, so they’re not really going to run in the 720. It’s also got an 8GB Mass Memory and an expandable MiscroSD memory of up to 64GB (again, not bad).

Even if I’m not a daddy (yet) the Kid’s Corner feature may actually be useful to me. Kid’s Corner basically lets you be confident about your kids touching your phones without having to worry that they may delete some data and see some…well “personal” files. It allows access only to approved applications and documents while keeping your kids from getting into the rest. It’s like having a built-vault in your phone for your other precious files.

Although I wasn’t able to experience this first-hand, Nokia Lumia allows wireless charging with the right accessories. I’m not sure how this affects the charging time but this is actually handy, especially when you’re playing with Candy Crush while in the toilet (not that I do that). No need to be anywhere near a socket just to make sure your battery doesn’t run out of juice. Speaking of battery, the Lumia 720 packs a 2,000 mAh battery, which is actually pretty powerful for a mid-range device. I was able to go a few days before having to charge it again, but that goes without mobile data of course.

Sad to say, the Windows Phone Store needs to work on their goods, as a lot of apps that were already available on Android and iOS phones cannot be found here yet. Instagram, for example is, not yet available on the Lumia series as of writing. Also, as mentioned above, the availability of apps on the Lumia 720 is further limited by its 512MB RAM, as some applications require higher to run.

Nokia Lumia 720 is already more than decent as a mid-range device, and it gives you a fitting value for money given that it’s relatively cheaper than other flagship phones, but packing enough features to get you going. Updates and availability of apps is a downer, but seeing the rate that Nokia is going with the Lumia series, this might probably be resolved soon enough. Would I want a Lumia device? Definitely.