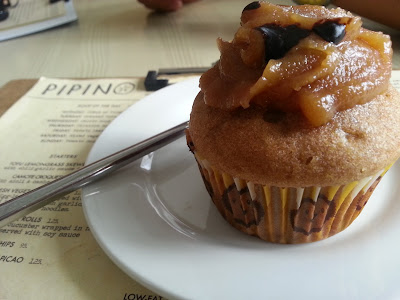 As the third stop of our Maginhawa Foodtrip , my friends and I went to Pipino to get some more dessert and also tO try Pino’s Flavored Beers (check out my review of Pino here). I know, I know, Pino and Pipino are not located at Maginhawa. The Teacher’s Village branch is actually located at #39 Malingap Street, with Pipino just above Pino. We just called our foodie adventure “Maginhawa Foodtrip” because most of the food establishments we visited that day are located along Maginhawa Street, although we also made some side trips to Malingap for Pipino and UP for Mang Larry’s Isaw.
After we had our lunch at Jek’s Ku-bo, we had some dessert and milk tea at Moonleaf Maginhawa. But since it was still too early to head on to UP Diliman for Mang Larry’s isaw, we decided to give our taste buds a little bit more sugar and went to Pipino  – Vegatarian Food by Pino to try their cupcakes which we heard are really good. More than the cupcakes though, we got excited about going to Pipino because we wanted to try Pino’s popular flavoured beers. Cupcakes paired with beers – yes, we’re that adventurous with food combinations. 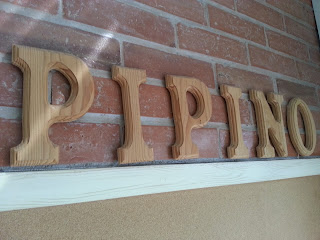 The Entrance to Pipino is just beside Nail Spa and Co. From the outside, the entrance does not really look like it will lead you to a restaurant because you’d still have pass by a driveway then up a few steps of stairs before you get to the actual door of Pipino. The place is just small, having only 5 tables, but it was cozy and quiet when we visited. 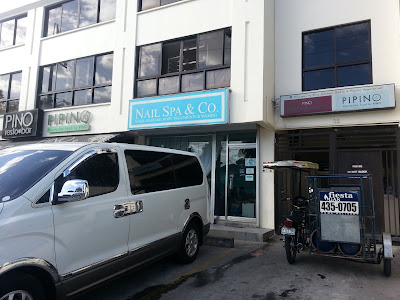 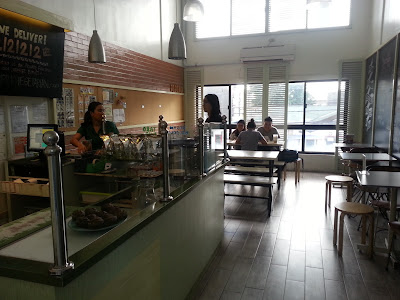 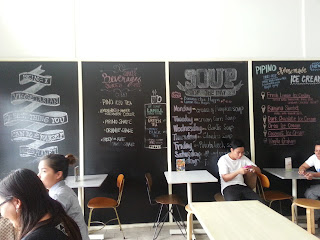 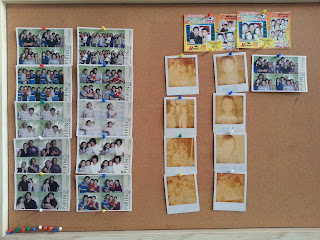 Pino prides itself in the fact that all the food that they serve does not contain any animal or animal by-products. Yep, not even eggs and dairy, everything here is plant-based. They use whole wheat flour, mascovado or coco sugar, canola oil, coconut and almond milk to make their baked goods. This has got to be heaven for the strict vegetarians. 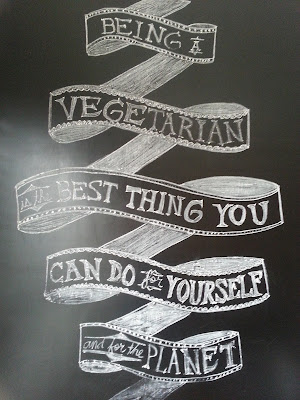 Since we were there for dessert, the first thing we ordered were cupcakes. Their Choco Peanut Butter Cupcake is a must-try. Cupcakes are at Php 50.00 per piece but you can also get them at Php 300.00 for a box of 6 and Php 600.00 for a dozen. Other cupcake flavors are Green Tea, Vanilla Cinnamon, Red Velvet, Lemongrass Ginger Pipino, and Banana Choco Peanut. Pipino’s cupcakes are made from whole wheat flour and the glaze is made from raw sugar cane.
See also
geoffreview·
FoodLifestyle
·March 18, 2014

Aside from the sweets, Pino also offers several other vegan dishes. There are starters, salads, pasta & noodles, burgers (Garden Burger with Carrot Bacon and Black Bean Burger, both at Php 155.00…I have no idea what a Carrot Bacon is), and their entrees look interesting too! Everything was made from plants, even the bagoong in their Vegetable Kare-Kare (Php 165.00) is vegan.

PIPINO SOUP OF THE DAY 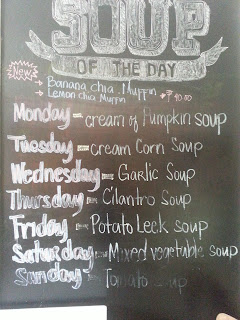 We were also tempted to order the Mac n’ Cheese (Php 165.00) because it looked so good in the picture. It tasted a bit different from what we were expecting because the sauce wasn’t really made of cheese (no animal by-products, remember?) but from some sort of nutritional yeast. Nevertheless, it tasted as good as it looked.

Even though the sun was still up and it’s in the middle of the afternoon, we ordered some glasses of beer from Pino because we were so curious to try their Flavoured Beers. I know we already have flavoured beers out in the market but Pino’s are worth noting because they go beyond the usual apple and lemon flavors that we know. We ordered the Strawberry, Honey – Mansi, Peach, Lychee, and Watermelon flavors. The beers had different colors, looking like fruit sodas. They are not strong too, with just a hint of alcohol in the taste. My favourite was the Lychee flavour as it is the one where you can taste the fruity flavor the most. And of course, what is a beer drinking sessions without some pulutan, right? We ordered the Mushroom Salpicao (Php 125.00) from Pipinoso we have something to munch on with our beer.
Pipino – Malingap is open from 11AM to 12MN from Mondays to Saturdays and 11AM to 10PM on Sundays. They also have another branch on Makati at #38 Jupiter Street, Brgy. Bel-air. For deliveries within Metro Manila, you can call them at 2121212 or call 441-1773 to order for your events.
Maybe I’m not really that much of a carnivore after all. 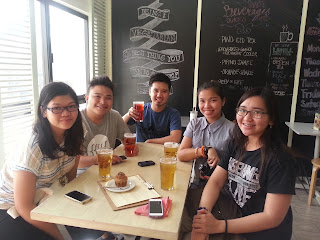