If you are in the Philippines right now, you can probably easily relate to me when I tell you how frustrated I am with how the recent rains have made it very inconvenient to travel to and from your work the past days. Actually scratch that, “frustrated” seems to be an understatement as I was really freaking out last Monday because of being stranded inside the office with a few friends, unable to get home because of the apparent traffic jams and flooded streets caused by the heavy downpour. Not only is it unsafe to go out, it’s stressful as hell as well. 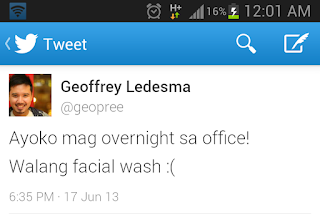 When we finally felt that it’s already safe to go out and try to get a ride home, we faced the next, obvious challenge: Hailing a cab.
I would’ve posted pictures here if I had some so you can see our miserable plight, but imagine this: You’re standing under the rain. Legs tired, umbrella in your hand, helplessly waving at the passing taxi cabs while trying to compete with your fellow commuters at the same time. It’s a pitiable sight, with the hopeful commuters flocking over the few cabs passing by us, with most of them already carrying lucky passengers. It was during this moment of desperation that I squeezed my brain for a Plan B. There has got to be an easier, more convenient way! This is when I remembered that I actually downloaded GrabTaxi in my phone a few weeks ago! Tell me why I didn’t of this in the first place?
Formerly known as MyTaxi.PH, the app was officially re-launched earlier this month as GrabTaxi. Both apps are actually still available for download, although I suggest downloading the more updated GrabTaxi app. Here’s how it works:

Right after I used the app, it took just around a minute or two to have a taxi booked to pick me up! I then called the driver, which I suggest that you also do (or even a text would do), so you it’s easier for you to find each other. Sweet!

Once a cab is booked, the app gives you the details about the taxi such as the driver’s name, plate number, even the driver’s picture itself!
I also got to have a quick chat with the driver who picked me up and asked him about how the whole thing works. Basically, when we send a request, the GrabTaxi-supported cabs who are within a 3KM radius from you get notified. There will then be some sort of electronic “bidding” among the cabs who indicated that they are available, where the app picks the nearest taxi to you and books them to pick you up. You also get an email stating your booking details (how cool is that?). You have to take note though that the app asks you to pay for an extra Php 70.00 for the booking. But who cares, I don’t mind paying for an extra Php 70.00 anyways for the convenience of getting a cab this easily. It saved me from the unfortunate predicament that I was in so it was really worth it.
Hopefully, with GrabTaxi in my phone, I’d be freaking out less when I’m running late for a meeting or I’m catching a flight. The app is available for download both on iOS and Android-run devices so go ahead and download. You can thank me later.