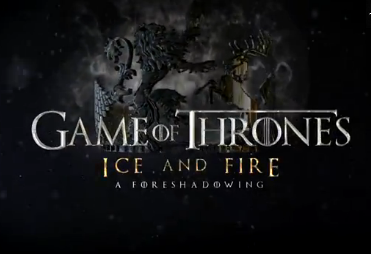 Because I know you’ve been waiting for it the whole year.
HBO has released a nearly 15-minute featurette of the much anticpated fourth season of Game of Thrones. This has been the best teaser of the series I have seen so far – treating us to behind the scene sneak peeks, previews of the upcoming episodes, and the cast’s amusing responses to some questions thrown out by fans over Twitter. Want to know the favourite character of each member of the cast? Check out the featurette yourself:

Goosebumps right? RIGHT??? This season, which will be entitled “Game of Thrones: Ice and Fire: A Foreshadowing”, will be based on the second half of George R. R. Martin’s third book, A Storm of Swords.

The Fourth Season of Game of Thrones will be coming out this April 2014. Can’t wait!

Credits to the images and videos used in this post go to “Game of Thrones”, “HBO”, and/or to their respective owners. I do not own these materials. No copyright infringement intended.
Geoffrey Ledesma