Southeast Asia has a rich and colorful heritage, preserved even in the face of a dark colonial past. The dramatic history of Asia has always been the interest of the local theatre scene. A good example this year is DLSU Harlequin Theatre Guild’s KABILANG IBAYO. KABILANG IBAYO celebrates Southeast Asia, flaunting its ridiculous pop culture stereotypes and hinting at its dark histories. It is a rather interesting piece that tackles the recent ASEAN Integration. The Harlequin Theatre Guild’s latest offering admittedly aims to present relevant sociocultural conditions of this integration, but whether the group successfully confronts the matter in-depth or not is besides the point. The politics can take a backseat in KABILANG IBAYO’s three saccharine youth-targeted one-act plays. 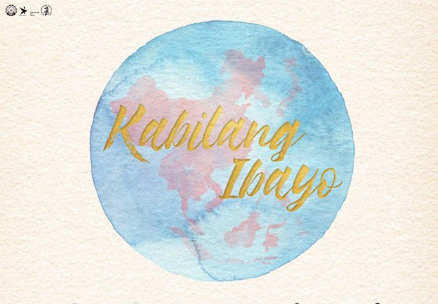 KABILANG IBAYO features three lighthearted episodes about neighboring ASEAN countries. The first is “Mysteryland”, a musical comedy-drama about an audition for the titular Broadway-esque show. Waiting in line are Laotian, Vietnamese and Chinese nationals who question the show’s Americanizing nature. They form a short-lived friendship despite their cultural differences and pressing challenges. The second play is “Robot”, about two Korean scientists who programmed a robot Filipino to serve them. Despite the robot’s troublesome history, she does her function of serving her masters and assisting them to their marriage. The third play “Ahjhumma” is about a Korean bride assisted by her two best friends in a nerve-wracking wedding preparation. The entrance of the groom provokes a dramatic confession regarding comfort women in World War II.
Although none of these plays are set in the Philippines, the production’s use of Tagalog aims to draw Filipino audiences to the transnational condition of Asian countries. Despite its noticeable seams, the Harlequin Theatre Guild is totally unsubtle in delivering its support for the Philippines’ ASEAN integration. Their production aims to bridge certain commonalities between ASEAN nations and the Philippines, but of course the sails are not always smooth – in each of these plays, there’s always a looming element that tends to break the narrative, to abruptly inject a social issue or two. And these instances lay down the most interesting moments of the production: the Assistant Director in “Mysteryland” is typical hot-headed auditions executioner, whose sudden shift to song in a musical fable is the best musical moment of the show. The visual projections are also a highlight in the whole production. For instance in “Robot”, the projections worked best in building up the mood of the play, overshadowing its rather static performers. Its sinister shifts and glitches are perhaps the show’s best visual offerings.
Meanwhile, the melodramatic turns in “Robot” and “Ahjhumma” are rather questionable in delivery. For instance, the comedic Filipina robot’s malfunctioning transforms into a human who experienced trauma, revealing she’s a victim of Typhoon Haiyan. But that serious beat is tossed away and the whole backstory of the Filipina is neglected to return to the romantic angle of the play. While “Ahjhumma” is the best in the lot – spirited and riotous in its witty punch lines, and very energetic in its physical comedy – it can’t seem to balance with the subsequent melodrama smoothly. While it does manage to expose the rarely talked about plight of war comfort women in both Philippines and Korea, the heaviness of the scene and the issue itself will make the viewers root for a solution in “Ahjhumma”. But instead the play returns to the laughs just as abruptly as it descended into melodrama, without further giving a proper redemption to what was a traumatic experience, bordering on trivialization. Certain additions can give these social issues more impact, but the production tries its best to avoid digging deeper into such seriousness in all three plays that these themes only seem to pop up for a little more weight to the otherwise floating action. Just like its white puzzle background, these pieces of narratives don’t seem to fit.
Despite its flaws, what KABILANG IBAYO delivers in its theatrical presentation is the importance of cultural narratives in a globalized set-up: that these stories, cultures and nuances that define a nation’s identity must be preserved, or else these identities will just be forgotten in the long run. The students of the Harlequin Theatre Guild are sincere in delivering this message very enthusiastically, although a lot can still be done to execute it better. Perhaps the project’s potential can also be realized, and it can give well-earned justice to the unavoidable issues connected to any two or more countries’ “integration”.