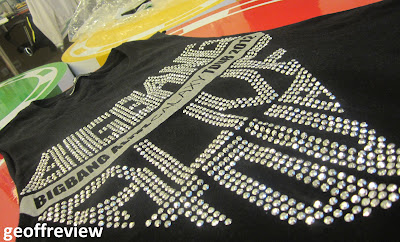 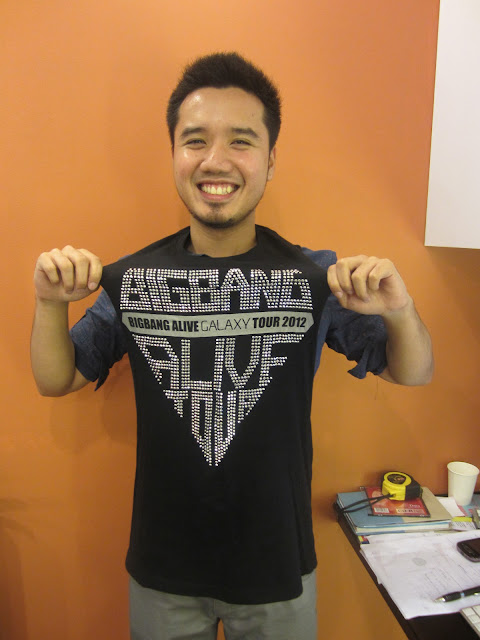 I’m wearing Taeyang’s shirt! It’s really HIS! He threw this during their concert this month and now it’s IN – MY – HANDS. How’s that for an OOTD?
A few disclaimers though before I continue:
Big Bang had their “Big Bang Alive Galaxy Tour” concert at the Mall of Asia Arena last October 24. I wasn’t there but I can imagine the amazing reception of the Philippine audience of the concert, considering that there is a growing population of K-pop fans now here in our country. My friend is one of these Big Bang fanatics and not surprisingly, she got one of the most expensive tickets to the concert – which puts her right in front of the stage. Who won’t say it wasn’t worth it? She got great pictures, she was a stone’s throw away from her idols – make that a “shirt’s throw away”. And of course, the highlight of the night. Taeyang takes off his singlet, throws it to the crowd, some pulling and fighting, and voila! My friend emerges as the lucky victor.
I can imagine how she felt that night. It would feel so surreal and unbelievable. How could she be so lucky?
Anyways, now that we have things clear, let me tell you what it was like wearing it: EPIC.
Imagine someone you idolize so much. That person can be an author, a movie star, anyone. Then imagine getting your hands on something very personal from that person. Feels amazing yeah? The people we idolize are often in TV, movies, or in the news, that sometimes we tend deify them and ignore the fact that they are human beings just like us.
Then there are a few of us who are lucky enough to get some items from these “deities”. An autographed book, a signed baseball, a thrown shirt…we then realize that hey, these beings are real. They are people. And we feel good about ourselves because we have something in common with our idols, and you can be just like them if you wanted to.
So I say if you get something from someone you look up to – keep it! Take care of it. Frame it if you can. Because these items are not just something given to you by someone famous. It’s also proof that you can be as good as that person you are idolizing. You can be the star in that that movie, or the lead in that television show.
Made me think: Hey, I can be the one throwing my shirt at an audience. 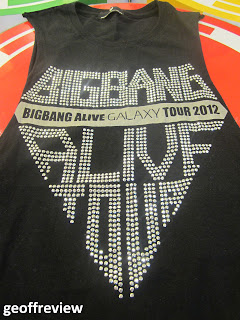 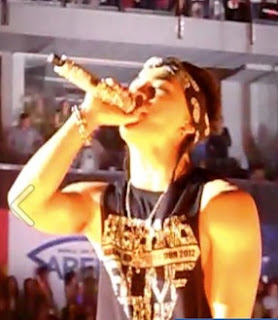