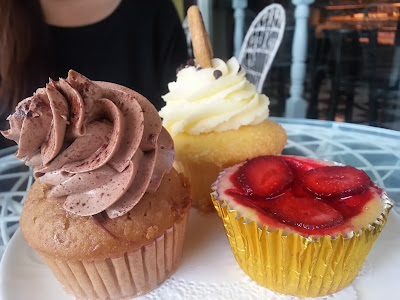 I’ve already visited Cupcakes by Sonja’s branch at Serendra several times and I always wondered why they weren’t branching out. I mean c’mon, Sonja’s cupcakes have been around for a few years already, and the cupcakes are quite popular not just for their tasty flavors but for their good looks as well. One look at these lovely cupcakes and you’re sure to agree that each one is a beaut! 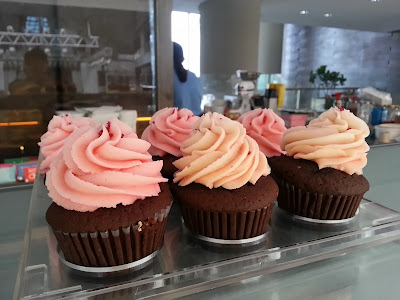 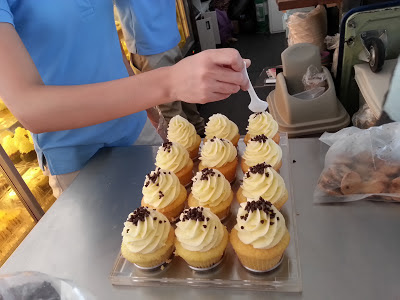 My thoughts were apparently heard and my question answered when Cupcakes by Sonja opened their second branch at Glorietta 2 last April 2013. Folks around the Makati area no longer need to go all the way to Taguig just  to have a taste of these pretty baked delights. Unlike the Serendra branch though, the Glorietta branch isn’t within an enclosed space, and it’s smack right in the middle of the bridgeway like an oasis for cupcake lovers. There’s less privacy as you’re also in the middle of the hustle and bustle of the mall crowd but hey, I don’t mind as long as I’m having tasty cupcakes for my afternoon snack.
Trivia: I don’t know if you’re as naïve as I am but the “Sonja” in Cupcakes by Sonja is actually pronounced as it is spelled – “son-ja”. All along I’ve been saying it as “Son-ya” and I don’t even know why or where I got that. 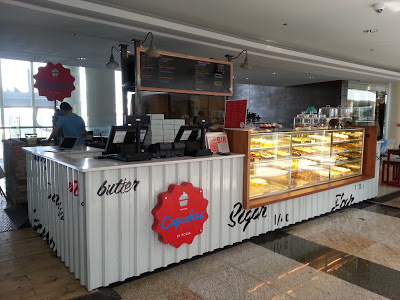 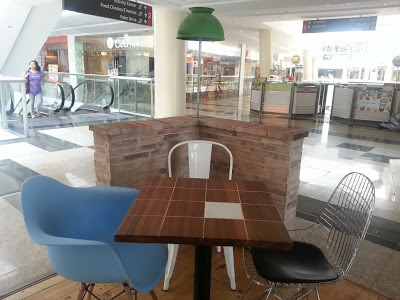 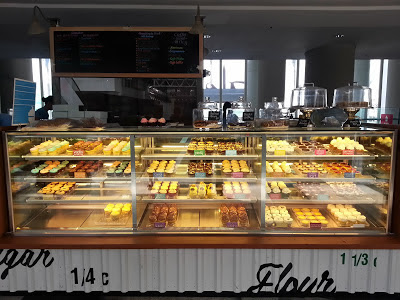 Cupcake’s by Sonja’s got an army of different cupcake varieties so it may be a bit overwhelming when you visit for the first time. Each lovely cupcake is fighting for your attention, as if every one of them was screaming, “Pick me! Pick me!” If you’re visiting for the first time and not quite sure which ones to pick, here are my personal suggestions for the cupcake noobs:
Okay I can tell you already know why I’m suggesting this. Who doesn’t love Nutella, right? What more when it’s paired with Peanut Butter? Seriously, Nutella should be the staple of all desserts.
The Cookie Monster is easy to see with its cookie-crown. Even the cookie itself was baked by Cupcakes by Sonja, so you can be sure that it has the same baked goodness as the cupcake it is on. It also has a “filling” inside which I think is cookie dough.
This one’s a bit different form the rest as it is actual cheesecake (I think). The strawberries go so well with the cheesecake itself, although I wish there were bigger slices.
Who would forget about the classic Red Velvet, that now seems to the default flavour of first-timers? Seriously, I just noticed that when people are trying a dessert for the first time, they often gravitate towards the Red Velvet Flavors. I can’t blame them though. When I tasted the Red Velvet Vixen, I knew this is already one of my favorite flavours.
This pretty one tastes as delightfully as its name! Its frosting comes in different colors, but actually just comes in two basic flavors – Vanilla for the pink, blue, and green frostings and Chocolate for the well…chocolate coloured frostings. Correct me if I’m wrong but I believe the base cupcake itself is vanilla flavoured, hence the name.
This is the alter-ego of Vanilla Sunshine. The dark side of the cupcake force. Just like Vanilla Sunshine, the frostings also come as either Vanilla or chocolate. The difference is if Vanilla Sunshine’s got the vanilla base cupcake, Chocolate surprise has well, chocolate.
I saved the best for last. This is my favorite of them all. I’m not a huge fan of pistachio (said as “Pis-Tak-kiyow” if you’re Italian) but dude, I’m telling you this cupcake is going to change your mind. The combination of pistachio, strawberries, and cream topping was “perfecto”!
There’s a whole lot of other different cupcake varieties that you can try and each one is tasty and lovely on its own. My friends also recommend Elvis ( Php115.00), the s’more tart (Php 88.00), and the Bunny Hugger Carrot Cupcake (Php 80.00). I’ve heard they also have a Pineapple variety coming out soon too!
See also

The 17 Best Filipino Mukbang Vloggers on Youtube Worth Subscribing To 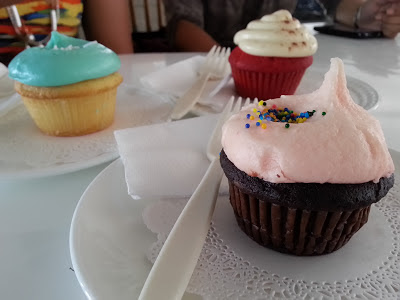 More good news! Another branch will be opening at the EDSA Shangri-la mall this June! There’s also one opening at Eastwood, and another one at Trinoma. Wow, I didn’t know my thoughts have been heard this much. 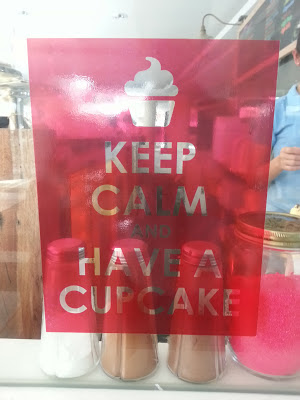