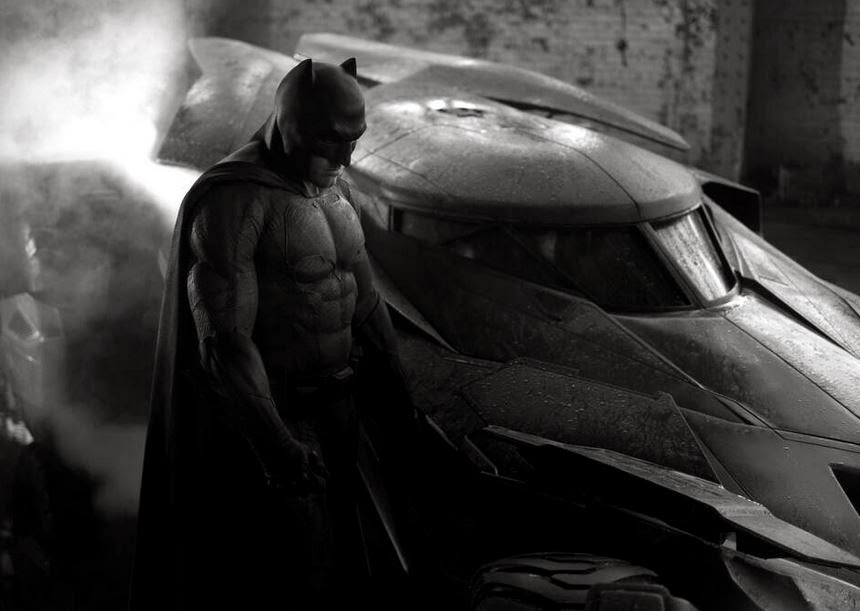 Yesterday, Zack Snyder teasingly tweeted a picture showing the rear-end of a tarp-covered Batmobile. Getting over 16 thousand Retweets and over 10 thousand Favorites, it is clear that fans wanted to pull the tarp off and see the rest of the iconic vehicle. 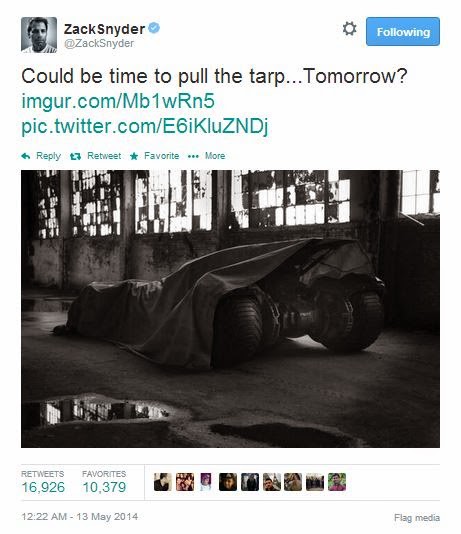 As expected, Zack (yeah we’re close like that) revealed the rest of the car earlier today and made fans go crazy on Twitter, with the tweet itself getting over 42 thousand Retweets and over 24 thousand Favorites. 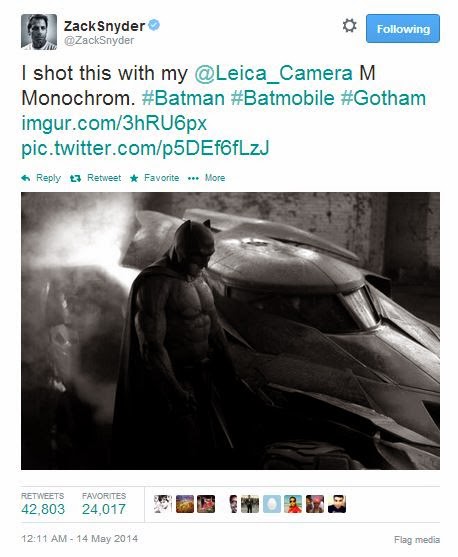 I guess what made the reveal more striking is the fact that the Batmobile wasn’t the only one exposed, we also get to take a good look at Ben Affleck’s Batman costume – and I must say it’s quite intriguing! The costume itself got a more bat-like appearance, looking more like body paint applied to Affleck’s beefy muscles versus the Kevlar armor  used by Christian Bale’s Dark Knight. It’s beautiful in its own way, giving Ben Affleck’s Dark Knight a more feral, brutish look
We’ll see more of Ben Affleck as Batman and the Batmobile in Batman VS. Superman, opening in UK Theatres on April 29, 2016.

Credits to the images and videos used in this post go to “Zack Snyder”, “Batman VS. Superman” and/or to their respective owners. I do not own these materials. No copyright infringement intended.
Geoffrey Ledesma