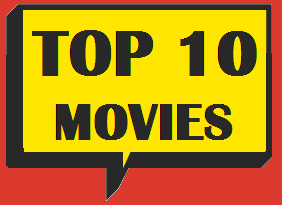 As I was making a list of the movies I am going to watch this month and review for you guys, I thought “Hey, why not share it with everyone?”

There have been a lot of things going on the previous month and I already have a long list of restaurants I’ve been to but haven’t reviewed, and movies I’ve watched but haven’t written about. I needed to get my act together and be organized!
So here you go, I’m sharing with you the Top 10 Movies in my list that I’ll be looking forward to watch this May, ranked according to their level of awesomeness (Number 1 being the best). You can check out the trailers here as well. I’ve also included a list of the rest of the movies showing this month together with their release dates in the Philippines, so keep scrolling!

10. IDENTITY THIEF
Florida resident Diana (Melissa McCarthy) has a luxurious lifestyle as the queen of retail, buying whatever strikes her fancy — and it’s all free, thanks to Sandy Bigelow Patterson (Jason Bateman), a guy from Denver whose identity she stole. With just one week to track down Diana before his world implodes, the real Sandy heads south to confront the unapologetic con artist and bring her back to Denver so that he can clear his name and restore his shattered credit rating.
Identity Thief Trailer
9. SCARY MOVIE 5
A couple begin to experience some unusual activity after bringing their newborn son home from the hospital. With the help of home-surveillance cameras and a team of experts, they learn they’re being stalked by a nefarious demon.
Scary Movie 5 Trailer
8. TRANCE
Simon (James McAvoy), a fine-art auctioneer, joins a gang of thieves led by Franck (Vincent Cassel) to steal a priceless Goya painting. During the heist, Simon suffers a head injury, and awakes with no memory of where he hid the artwork. When torture and physical threats fail to break through Simon’s amnesia, Franck hires a hypnotherapist named Elizabeth (Rosario Dawson) to find the answer. But, as Elizabeth probes the recesses of Simon’s mind, the lines between truth and deceit start to blur.

Trance Trailer
7. FAST & FURIOUS 6
Since Dom (Vin Diesel) and Brian’s (Paul Walker) heist in Rio left them and their crew very rich people, they’ve scattered across the globe; however, they must still live as fugitives, unable to return home to their families. Meanwhile, Agent Hobbs (Dwayne Johnson) has been tracking a gang of lethally skilled mercenary drivers whose second-in-command is someone Dom knows. Unable to take them down himself, Hobbs asks Dom and his crew for help in exchange for full pardons for everyone.
Fast & Furious Trailer
6.DARK SKIES
A suburban couple grow increasingly isolated from their friends and neighbors as they fight to protect their children from being abducted by malevolent extraterrestrials.
Dark Skies Trailer
See also

5. HANGOVER III
This time, there’s no wedding. No bachelor party. What could go wrong, right? But when the Wolfpack hits the road, all bets are off.
Hangover III Trailer
4. EPIC
EPIC tells the story of an ongoing battle deep in the forest between the forces of good and the forces of evil. When a teen age girl finds herself magically transported into this secret universe, she must band together with a rag-tag team of fun and whimsical characters in order to save their world…and ours.
Epic Trailer
3. STAR TREK: INTO DARKNESS
The crew of the Starship Enterprise returns home after an act of terrorism within its own organization destroys most of Starfleet and what it represents, leaving Earth in a state of crisis. With a personal score to settle, Capt. James T. Kirk (Chris Pine) leads his people (Zachary Quinto, Karl Urban, Zoë Saldana) on a mission to capture a one-man weapon of mass destruction, thereby propelling all of them into an epic game of life and death.

Star Trek Into Darkness Trailer
2. NOW YOU SEE ME
an elite FBI squad in a game of cat and mouse against “The Four Horsemen”, a super-team of the world’s greatest illusionists. “The Four Horsemen” pull off a series of daring heists against corrupt business leaders during their performances, showering the stolen profits on their audiences while staying one step ahead of the law.
Now You See Me Trailer
1.   THE GREAT GATSBY
Nick Carraway, a Midwesterner now living on Long Island, finds himself fascinated by the mysterious past and lavish lifestyle of his neighbor, Jay Gatsby. He is drawn into Gatsby’s circle, becoming a witness to obsession and tragedy.

May 1: Trance
Identity Thief
Dark Skies
May 8:  Evil Dead
The Haunting in Connecticut 2
The Big Wedding
Scary Movie 5
May 15:  Gambit
Star Trek: Into Darknes
May 17:  The Great Gatsby
May 22:  Apartment 143
May 24:  Fast & Furious 6
Epic
May 29: The Hangover 3
Now You See Me
Hummingbird
The synopsis of the films indicated above, except for Scary Movie 5 and Hangover III are from Fandango.com. The ones from Scary Movie 5 and Hangover III were from IMDB. Credits to all the videos / trailers used in this post go to the respective owners / creators. I do not own these. No copyright infringement intended.