The Burnt Man and the Battousai: A “Rurouni Kenshin: Kyoto Inferno” Review 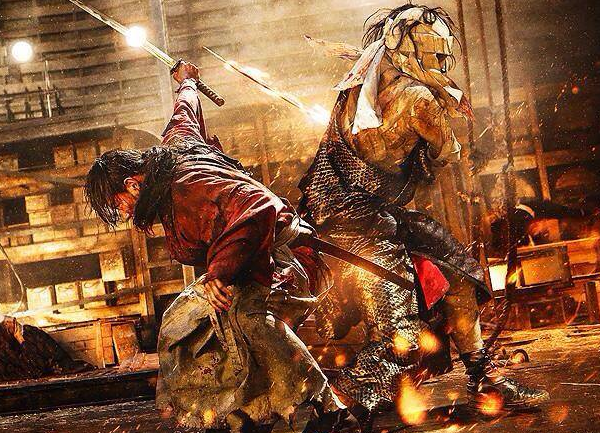 I am one of the fans who have been eagerly waiting for Rurouni Kenshin: Kyoto Inferno, although sadly I didn’t get the chance to meet the cast when they made a quick visit here in PH. Admittedly, I loved the action in the first Rurouni Kenshin movie much more than its plot, although it was already enough to get me excited for the sequel. When I saw the Kyoto Inferno earlier this week, I can say that it definitely was worth the wait.
Himura Kenshin is now living peacefully at Kamiya Kaoru’s dojo, trying to get over his past as the legendary Battousai. His peace though is short-lived, as Makoto Shishio, a former assassin who now what’s to have his revenge against the Meiji Government, wreaks havoc across Japan, slaughtering lives and burning villages along the way. Kenshin feels that it is his responsibility to stop Shishio, and he must now travel to Kyoto to face the burnt madman.

From Anime to Live Action

A huge part of the charm of Rurouni Kenshin comes from its cast. We’ve seen in the first movie how spot-on they were in portraying their anime counterparts, especially with capturing the looks of the characters. We still see the same charm in Kyoto Inferno, although personally I thought they leveled-up in depicting the anime and manga, capturing even specific details like the mannerisms and eccentricities of the characters.

One of the central characters in the film was Makoto Shishio, and his introduction into the story is what moves the plot forward. I was a fan of Tatsuya Fujiwara ever since I’ve seen his performance in Battle Royale, so I was really excited about seeing his portrayal of an iconic character like Shishio. All the more because he’s not really new to playing as anime/manga characters (have you seen the live-action movie of Death Note? You should!). 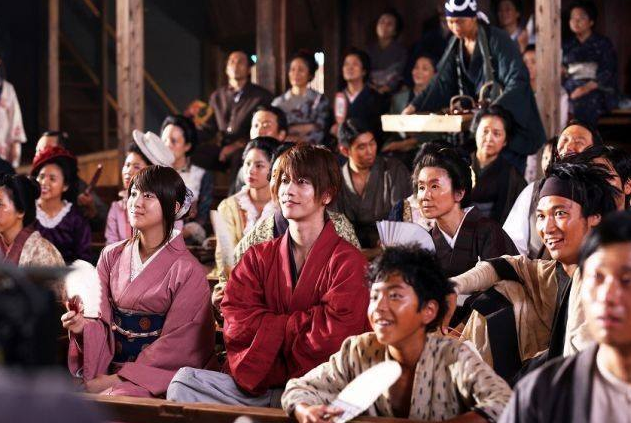 In spite of the close-to-accurate depiction, the film also knew its limitations in mirroring the anime. I liked the fact that the movie didn’t become too stylized or cartoonish (remember that Dragonball Z live-action movie? Ugh), otherwise it would have been corny and overworked. The fighting techniques of the characters for example, weren’t as fancy as in the anime, but they were striking and impressive enough to be a spectacle. The makers of the movie understand that not everything in the anime would translate well into live-action, and because of this they did a great job in creating an adaptation that feels just right. 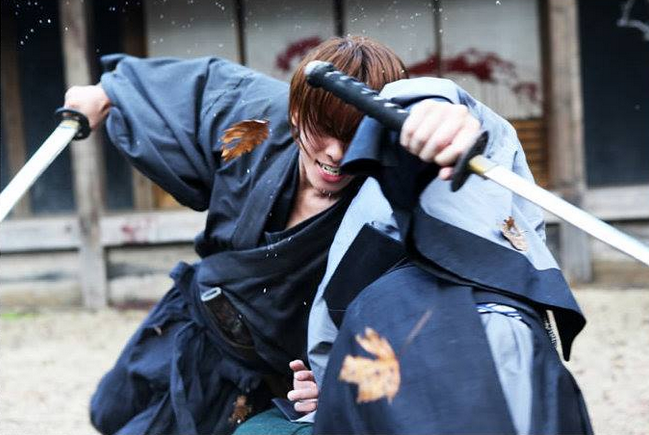 Speaking of the characters’ techniques, you gotta love the Asian action going on in this movie. The swordfights were fast, gripping, and beautifully elaborate, that it makes you hold on to your seats. The fighting sequences were well-choreographed that in spite of the complexity of the quick action, you can still clearly see and enjoy the strikes and attacks of the fighting characters. You don’t get lost in all the thrill and excitement but in fact, you see every bit of it.

A Plot about a Plot

I also loved the action of the first Rurouni Kenshin movie, although I wasn’t as impressed when talking about the plot since it pretty much revolved around introducing Kenshin’s character. Kyoto Inferno though, was a different story. It compensated for what its predecessor lacked in terms of narrative, having a thicker plot with a few sub-stories along the way. The story is no longer just about Kenshin’s struggle with his past. It is now also about Shinomori Aoshi’s (Yūsuke Iseya) blind revenge, the Hidden Watchers’ presence in the New Age, an implied budding romance between Sagara Sanosuke (Munetaka Aoki) and Takani Megumi (Yu Aoi), and of course, Makoto Shishio’s vengeance against the Meiji Government. If you haven’t been watching the anime or reading the manga, the sub-stories may be a bit confusing, especially that a lot of characters are getting introduced as the plot moves on. However, these have contributed to the development of the central plot, making it richer and keeping it from being typical. 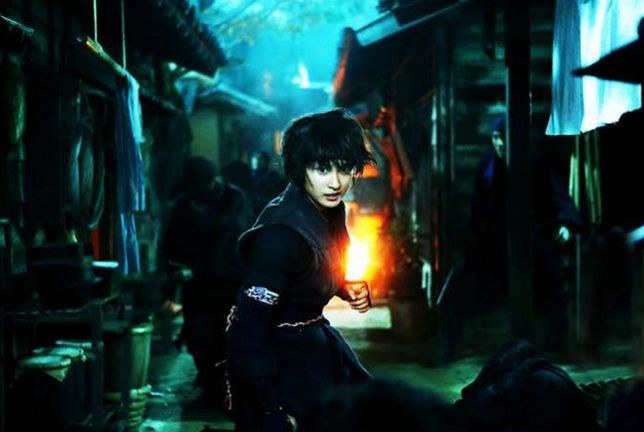 If there was any downside to this movie, it could be the fact that it cut short my anticipation for the Kenshin – Shishio standoff. The whole drama is gonna be split into two movies, although I understand why it’s necessary given that they’re really compressing a lot of anime episodes. Good thing I won’t have to wait for a whole year to see the second part of this installment.
Rurouni Kenshin: The Legend Ends will be released on cinemas on September 13, 2014 (yes, 2014!).

Credits to the images,videos, and materials in this post belong to “Rurouni Kenshin: Kyoto Inferno” and/or to their respective owners. I do not own these materials. No copyright infringement intended.
by Geoffrey Ledesma