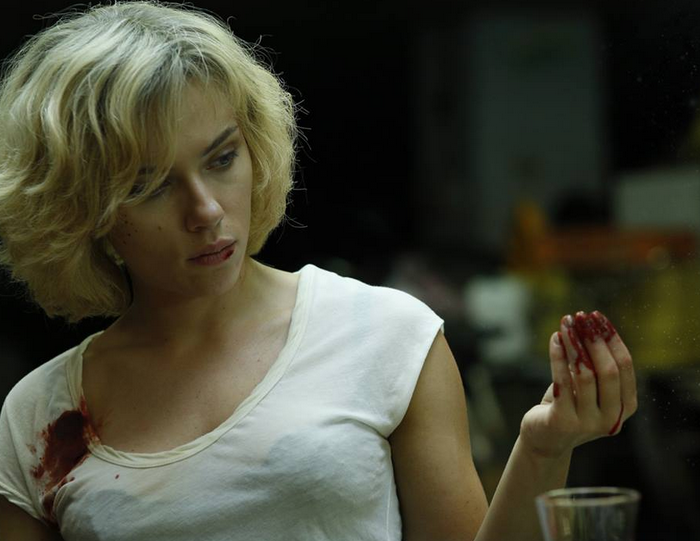 Lucy’s premise was like Transcendence, X-Men, and 2001: A Space Odyssey combined. Trippy!
Having been tricked by her boyfriend and ending up being a drug mule for a Korean drug lord, Lucy is forcibly made to transport a pack of new synthetic drugs called CPH4. The drug is surgically hidden inside Lucy’s body, and after she takes a bad beating to the stomach by one of her captors, the package inside her body gets torn, and the drug seeps into her bloodstream. Apparently, the drug allows its taker to unlock more than 10% of his or her cerebral capacity, which now gives Lucy superhuman abilities. Lucy now goes after her captors, but with her control over her brain rising by the minute, she must also prepare herself for what would happen when her cerebral capacity reaches 100%.

Scarlett Johansson plays the titular character who, like a lot of action movies with female leads, had to be badass but sexy at the same time. As expected, she was good at being both! The film obviously invested a lot on Scarlett’s charm, showing her in almost every memorable scene in the movie.
The film gives us a good mix of action and sci-fi. There’s even a part of the movie where scenes with the main character being apprehended by the bad guys are interposed with scenes of a lecture about the capacity of the human brain (not to mention the barrage of stock videos being thrown at the audience). Imagine Limitless, but this time, it stars Black Widow slowly gaining the powers of Professor X.
However, as the movie progresses you somehow get the idea that the main character is already unstoppable, to the point that things are already getting predictable because of her invulnerability. You start to become complacent that Lucy won’t die, and that these goons with their guns stand no chance against this superhuman. At this point, the movie starts to feel predictable since we stop worrying for the character anymore, and the only source of fun we have left is to guess what magic trick she’ll do next time to ward off the baddies. 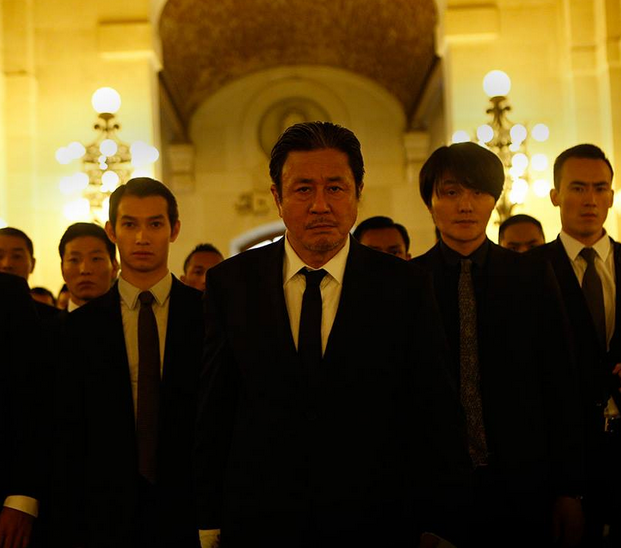 This “guessing game” though, is already enough to keep us entertained. Even though we pretty much already have an idea that the antagonists ain’t  got nothing on Lucy, the film is still able to get you excited about finding out what happens to her when she unlocks a new area of her brain, or what abilities she gains every time she gets an increased control over her cerebral capacity.
Speaking of cerebral capacity, the fact that its premise revolved around the popular idea of humans using only 10% of their brain, bothered me a bit while I was watching the movie. I know that this definitely has a movie potential, but aside from the fact that this idea is no longer original, it is not exactly scientifically accurate. Okay I know that this is sci-fi but a hint of truth and authenticity in a movie’s premise always makes it more engaging.
*Spoiler Alert! Skip this part if you haven’t seen the film yet.
Lucy also has some resemblance to other films, which kinda pulled it down a little bit more in the originality scale. Let’s enumerate a few:
·         At one point Lucy creates a super-computer and uploads to it the knowledge that she gained, eventually ending up as an omnipresent, omniscient being (isn’t this what happened to Johnny Depp’s character in Transcendence?).
·         The film also talked about how humanity has become too comfortable with their inventions, that they eventually stopped evolving (just like in 2001: A Space Odyssey!).
·         A drug enables its user to unlock special, superhuman abilities (are we watching a female version of Limitless?).
See also

*Okay, it’s safe now…
In spite of all these though, Lucy actually turned to be fun! The acting wasn’t bad (extra credits to the Korean bad guys), the action was good as well, and the premise was – in site of its lack of originality and inaccuracy – still entertaining. You’re not missing much though if you don’t catch it in the cinema. You can just have it in your next slumber party if you want.

Credits to the images and videos used in this post go to “Lucy”, and/or to their respective owners. I do not own these materials. No copyright infringement intended.