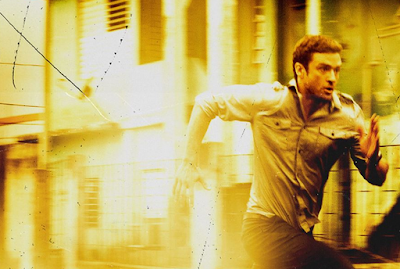 Good thing this movie’s got Justin Timberlake and Ben Affleck in it. Otherwise I don’t think there’d be any other reason to see it.
Richie Furst (Timberlake) loses all of his remaining tuition money in a game of online poker. Realizing that there’s something fishy about his loss, he did a little bit of investigation and found out that the probability of his loss was insanely way out of normal conditions. Feeling cheated, he confronts the owner of the site, Ivan Block (Affleck), who settles the “misunderstanding” and offers Richie to be his right hand man. However, Richie discovers that there’s more to running Block’s business than what he bargained for.

At first, the movie felt like it was going to be one of those “smart-kid-gets-filthy-rich” movies like The Social Network, where the lead starts out as a struggling student who then ends up running a big business just because he’s a smart-aleck. As the movie progressed though, it went through a lot of twists and turns that it ended up very far from how it started out. I’m not sure if everyone would feel the same way, but this is one of the few things that I liked about this movie – it was spontaneous and went through a lot of random turn of events, which ultimately led to a good plot and character development.
However, in spite of the movie’s spontaneity and randomness, I wouldn’t go so far as to say that this film was unpredictable. Thing is, through Timberlake’s character, the movie tells us along the way what the lead character is planning to do and giving us hints of what might happen next. This makes us anticipate what would later on happen in the film, ruining whatever twist may be in store for us up ahead.
Good thing we got good guys Affleck and Timberlake at the helm being good at what they do. If there was anything that could be the redeeming factors in this film, it’s Timberlake and Affleck’s acting performances. I’m not saying that they delivered Oscar-worthy performances, but they were at least convincing enough as the characters they portrayed. It wasn’t an outside-the-comfort-zone kind of acting, but they felt and looked the part so that was good enough.
Other than the Affleck-Timberlake team-up, there isn’t really anything new to expect from this film. There weren’t any gripping action sequences, no baffling twists, nada. This is one of those movies that you just wait for to come out on DVD and just watch at home alone because your friends didn’t invite you to their night-out *sniff sniff*.