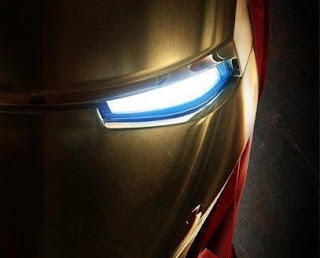 One thing kept bugging me more than anything else after I watched Iron Man 3 – what the heck happened to The Mandarin?!
That’s right, this was supposed to be “The” Mandarin – archenemy and most prominent foe of Tony Stark. This guy was supposed to be a very powerful enemy, yielding ten rings which basically make him ten super villains in one. Why the hell did he turn out to be a cheap, drug-abusive actor in the movie? And it’s not just that. He was supposed to be of Chinese origin, a brilliant scientist who is as skilful in martial arts and combat. This and his ten rings possessing advanced alien technology would have made him a formidable foe against Iron Man, and this would have potentially given us an epic third movie to this franchise. What on earth happened?
Apparently, Iron Man 3 has been based heavily on the Extremis Arc of the graphic novel. Aldrich Killian, Maya Hansen, weaponized nanotechnology, mentally-summoned armor, these are all reminiscent of what happened in the said part of the novel.  There are a lot of differences in the movie of course, but nothing bothered me more than how the Mandarin was depicted in the film. Okay we do know that this isn’t the first or the worst novel-to-movie inconsistency that we have seen in Hollywood. Slight differences in the movie adaptation of a novel are understandable, since motion picture works very much differently from books, yeah I get that. My problem with the third Iron Man film is that I got too excited with the idea of Iron Man finally going against the Mandarin (yes, maybe the problem’s with me).  This bad guy was so hyped-up in the teasers, that if you’re a fan and you know how badass he is in the graphic novel, you’d be disappointed with how he turned out in the movie.
I’m not saying that Sir Ben Kingsley did a lame job, in fact I think he was remarkable in playing his part. Okay he doesn’t look Chinese at all, but considering the fact that he was a fearsome terrorist at one point then suddenly becoming a clownish performer in another is definitely noteworthy. I also have to mention that Robert Downey’s Jr.’s charm still works incredibly well, and it works so much better with the script’s humour. 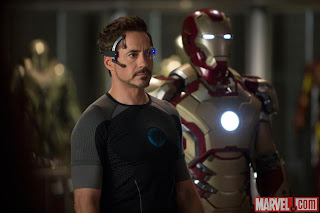 Speaking of humour, I believe this has become the movie’s most redeeming factor. Whenever I ask anyone who has seen the movie if they liked it or not, the response is often “Yeah I did, it was funny!” or some variation of it. And I agree. With Robert Downey Jr.’s wit and charm at the helm, the comicality of the script felt genuine and effective.

In the end, I wasn’t totally satisfied with movie, not because it sucked but just because I was expecting much more. I was hoping for it to feel like an epic finale to an epic trilogy, especially that the franchise decided to be ambitious and had the Mandarin as the antagonist. To me, Iron Man 3 felt like it was just a prologue to an even bigger film – maybe to the second Avengers movie which is expected to come out soon. But this just me though. If you’re looking for a family flick that the kids will take a long time to get over with, Iron Man 3 more than meets the standards.

I’m quite sure I’m not the only one who has been fascinated by the unique Iron Man suits of armor in the movie. Mark 42 has been prominently featured in the film, but what about the 41 others? Here are pictures of some of the armors featured in Iron Man 3. Credits to the images go the Iron Man 3 Facebook Page: Unlock the Armors and/or http://www.ign.com/wikis/iron-man-3/The_Armors.

Credits to the images used in this post go to the Iron Man 3 Facebook Page: Unlock the Armors and/or http://www.ign.com/wikis/iron-man-3/The_Armors.I do not own these images. No copyright infringement intended.