My last movie giveaway was open only to residents of the US and Canada, and I feel that I have to make it up to the rest of you guys who don’t live there. So here we go, let me present to you… 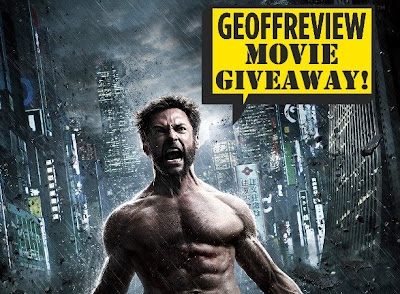 Yep, you got that right! I’m giving away four tickets to the July 25 screening of The Wolverine at SM Megamall! Two winners will get two tickets each. To get you hyped up about joining the contest and seeing the movie, here is the official synopsis of The Wolverine:
In modern day Japan, Wolverine is out of his depth in an unknown world as he faces his ultimate nemesis in a life-or-death battle that will leave him forever changed. Vulnerable for the first time and pushed to his physical and emotional limits, he confronts not only lethal samurai steel but also his inner struggle against his own immortality, emerging more powerful than we have ever seen him before.

I can already tell that there’s going to be a lot of slicing and dicing in this one. If you’re as excited as I am, join the giveaway by getting your entries from the Rafflecopter widget below:

Contest ends at 12am on July 23, 2013, Philippines time. Winners will also be announced on the same day. Share away!
Credits to the images and videos used in this post go to The Wolverine and / or their respective owners. Synopsis written by Twentieth Century Fox. I do not own these images, videos, and synopsis. No copyright infringement intended.