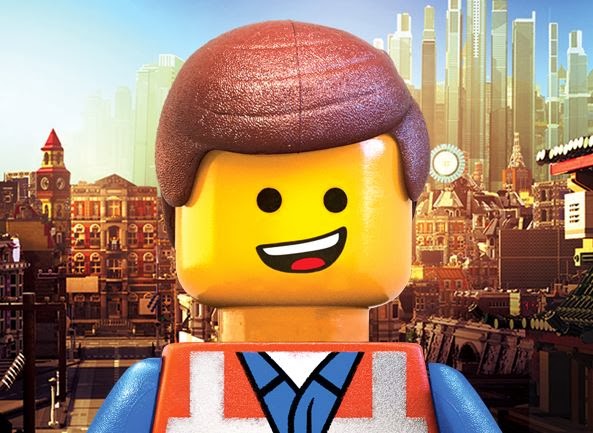 Aaahhh this brings back a lot of childhood memories…some of them involving so much pain from stepping on a Lego piece.
Emmet Brickowski is a pretty ordinary lego construction worker who goes with his day by the book.  The moment he wakes up he goes on his usual every day routine guided by an instruction booklet – getting dressed for work, watching TV with his plant, singing along to the annoyingly catchy pop song “Everything is Awesome” – and he seems to be happy about it. One day he stumbles upon a relic – The Piece of Resistance – making him the “The Special” that a prophecy was referring to, and the only one who can save the world from the tyranny of Lord Business. But not knowing how to lead a group of Master Builders, and lacking the creativity to be a Master Builder himself, how was an ordinary guy like Emmet, become someone who is “Special”?

Ever since I learned that there was going to be a Lego movie I knew that I had to see it BUT I also knew that I had to manage my expectations and set it at a conservative level. I mean c’mon, just watching the trailers and seeing the posters is already enough to make you think that this movie’s probably going to feel like a feature-length version of The Wonder Pets. Heck, I even heard a kid tell his mom he wouldn’t watch it because it’s for children. It was one of its kind, so I wasn’t really sure what to expect, but all the more reason to see it, I guess. 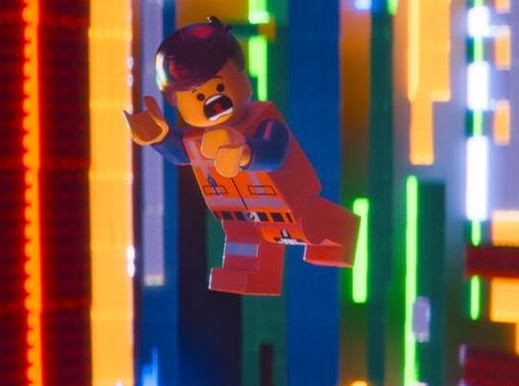 Good thing I didn’t listen to that kid! The Lego movie turned out to be so much fun! And I know it’s not just because I’m extra appreciative of animated films because the other people around me who were over 10 years old were also chuckling at the movie’s wit. The animation and the adorable characters would definitely appeal to the kids, but adults (it’s sad to think that I’m already one of them) would have just as much fun because of the movie’s hilariously witty script. Pop culture references, clever comebacks, and the interestingly sharp satire may just go over the heads of the kiddos, but this goes straight to the ticklish spots of the more mature audience. 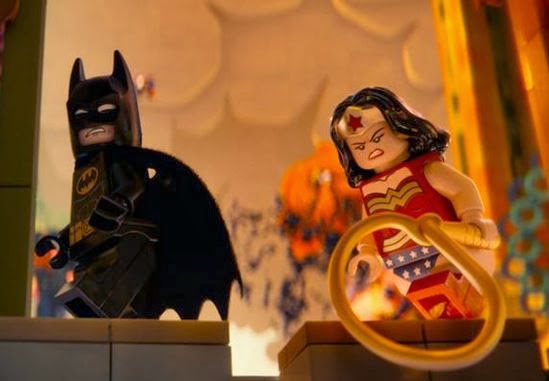 The animation style which I initially thought to be dull and childish turned out to be refreshing and unique. If I’m not mistaken, it was a combination of stop-motion and CGI. It had an old-school look which stays true to the concept of the Legos being toys, making them look realistic but adorably cute at the same time. 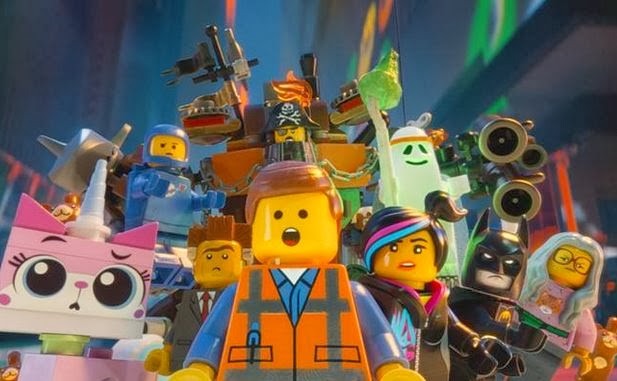 Unlike the animation though, the premise of the whole film wasn’t something we haven’t seen or heard of before. It was a typical “Chosen One” story. But then again, much more than the plot, I think what makes the movie appealing was the thought of having all these quirky characters come together as Legos. Characters who by the way, are voiced by an awesome all-star cast. It isn’t hard to imagine Morgan Freeman and Liam Neeson having so much fun dubbing the Lego Prophet Vitruvius, and the antagonist Bad Cop when making this movie.
Even though at the back of our minds we all know that this movie is one huge marketing strategy, I can’t get myself to hate because it is a good one.  After watching the movie I was suddenly sentimental and felt the need to rush to the nearest toy store so I can revive my old Lego collection. Nice one Lego and DC. Nice one.

Credits to the images and videos used in this post go to “The Lego Movie” and/or to their respective owners. I do not own these materials. No copyright infringement intended.
Geoffrey Ledesma