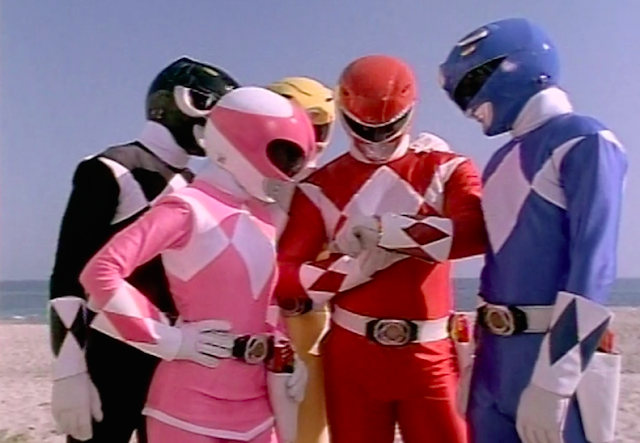 The original Power Rangers has been a significant part of my childhood, and I’m pretty sure that I’m not the only one. The Mighty Morphin Power Rangers was so huge back then, that I still get all nostalgic whenever I remember the show’s intro:
In spite of the “new breed” of rangers that we’ve been having since then, the first batch of rangers seemed to be the ones who left a mark among the 90’s kids – which is why news of a big-screen revival of the original rangers is a legit reason to be excited!
The film will be under the helm of director Dean Israelite, who disclosed to Entertainment Weekly that it will be an origin film, and that he wanted the movie’s story reflect the lives of teens today.  Here is the official synopsis:

Saban’s Power Rangers follows five ordinary high school kids who must become something extraordinary when they learn that their small town of Angel Grove – and the world – is on the verge of being obliterated by an alien threat.  Chosen by destiny, our heroes quickly discover that they are the only ones who can save the planet. But to do so they will have to overcome their real-life issues and band together as the Power Rangers before it is too late.

Dacre Montgomery is cast as Jason the Red Ranger, RJ Cyler will be Billy the Blue Ranger, Naomi Scott is Kimberly the Pink Ranger, Becky G is Trini the Yellow Ranger, and Ludi Lin is Zack the Black Ranger.  Elizabeth Banks of The Hunger Games will be playing as Rita Repulsa – a perfect fit if you ask me.
Power Rangers is set to be released in theaters on March 24, 2017.
See also
2

Credits to the images and videos used in this post go to “Power Rangers” and/or to their respective owners. I do not own these materials. No copyright infringement intended.