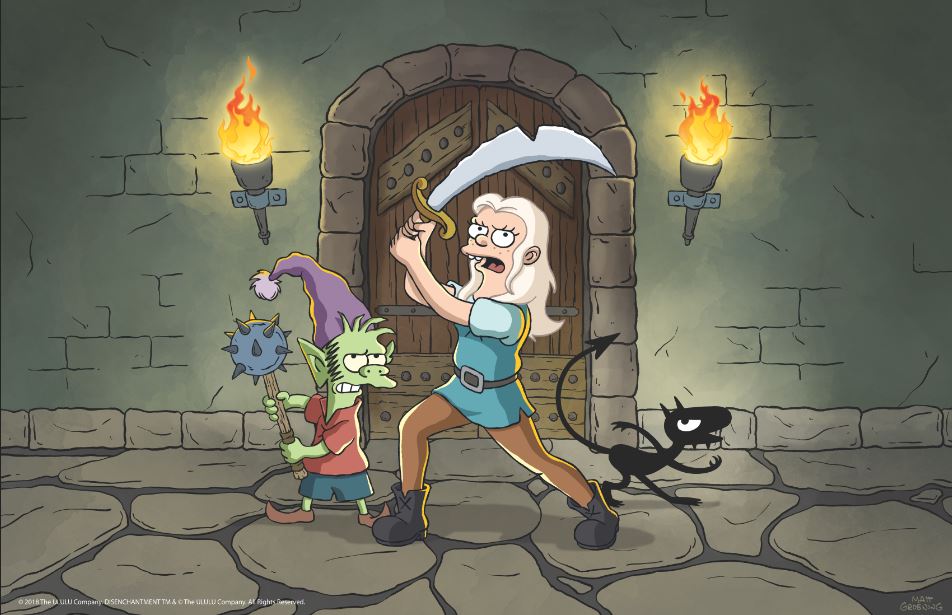 “The Simpsons” and “Futurama” creator Matt Groening brings us another adult animated comedy, this time a 10-episode fantasy series called “Disenchantment“. Scroll through the gallery above to see the first-look photos.

“In Disenchantment, viewers will be whisked away to the crumbling medieval kingdom of Dreamland, where they will follow the misadventures of hard-drinking young princess Bean, her feisty elf companion Elfo, and her personal demon Luci. Along the way, the oddball trio will encounter ogres, sprites, harpies, imps, trolls, walruses, and lots of human fools.”