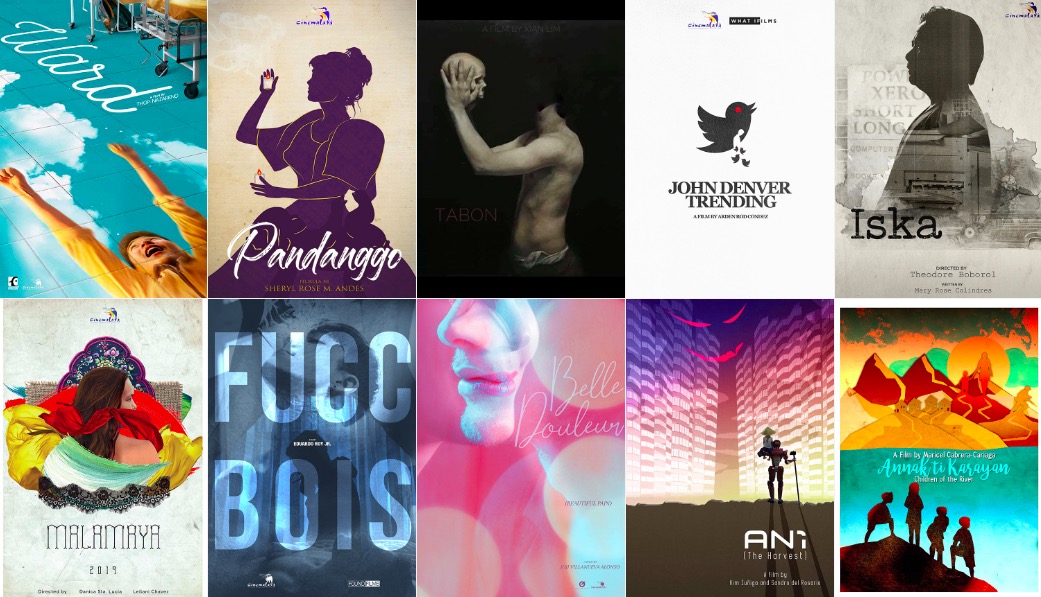 The ten Cinemalaya 2019 finalists for the Full-Length category have officially been announced.

Written and directed by Kim Zuñiga and Sandro del Rosario
Synopsis: Year 2050 Federal State of Bicol. A newly orphaned boy moves to a farm to live with his estranged grandfather. When Mauricio falls ill and as the crops in their farm seem to fall ill with him, Mithi embarks on a quest with his malfunctioning robot to search for magical grains that he believes will save the old man’s life.

Written and directed by Maricel Cariaga
Synopsis:  A coming-of-age story about Elias and his three friends who suddenly need to grow up and take on the responsibility their fathers left as they went away in a battle they can’t surely win. As Elias tries his best to lead the group, circumstances arise that challenges his resolve. Will Elias be able to protect his friends for what’s about to come if he himself questions his true nature?

Directed by Joji Alonso (written by Carl Adrian Chavez and Kristin Barrameda)
Synopsis:  Elizabeth, a self-made woman in her late 40s, is bent on living on her own for the rest of her days. After her mother passes from years of suffering from a lingering illness, she meets JON, a man 20 years her junior, who convinces her that love knows no age and that there are no limits to life’s starts. They embark on a May-December affair that is very promising, until LIZ realizes that JON has dreams that she cannot be part of.

Written and directed by Eduardo Roy, Jr.
“Fame is a constant effort”

Theodore Boborol (written by Mary Rose Colindres)
Synopsis:  Iska, a grandmother who wants to take her 10 year old autistic grandson into a special needs orphanage, is deemed an unfit guardian by the media and the government. Despite dealing with life’s blows one after the other, she never loses her tenacity to survive.

Written and directed by Arden Rod Condez
Synopsis:  His name is John Denver Cabungcal, a Grade 8 student. All he really wants is to do well in school and bring good grades to his mother. But one day, a classmate accuses him of stealing a forty-five thousand peso worth of an IPAD. After the classmate’s persistent allegation, John Denver snaps and assaults his classmate. Unluckily for him, someone records the incident and posts the video on social media.

Based on true events and will be shot entirely in Pandan, Antique, John Denver Trending is a reportage, a cautionary tale that bookmarks a period in our lives when we allow social media to reshape our mindset.

Directed by Leilani Chavez and Danica Sta Lucia (written by Leilani Chavez and Liberty Trinidad)
Synopsis:  At 50, NORA SIMEON is beginning to feel…passé. She only has unsatisfactory sex, wrinkles, and opposing views on art and creativity with the younger lot. As she recaptures her prime, she finds spark with Migs, an aspiring photographer who reignited forgotten passions and elicited bursts of inspiration. Besotted with her younger lover, Nora will fail to notice how he invades her space and senses; and eventually, her art and body.

Written and directed by She Andes
Synopsis:  Amidst poverty and violence surrounding her, Elena, a young midwife and a single mother keeps a positive outlook in life. As she seeks to work abroad to better her family, we will follow her as she prepares for her upcoming job interview.

Written and directed by Xian Lim
Synopsis:  A man’s belief in reality is tested when suspects are accused of a crime they believe to not have committed.

Written and directed by Thop Nazareno
Synopsis:  Life happens wherever it may find us and this is the case for Jojo who has been forced to live under the hospital bed of an ailing father but has somehow managed to live with some semblance of normalcy including all the mischief that a teenager is expected to create and the inevitable heartbreak of a first love; but at what point does this normalcy become an escape instead of just a refuge for what he must face if he is to become a man?