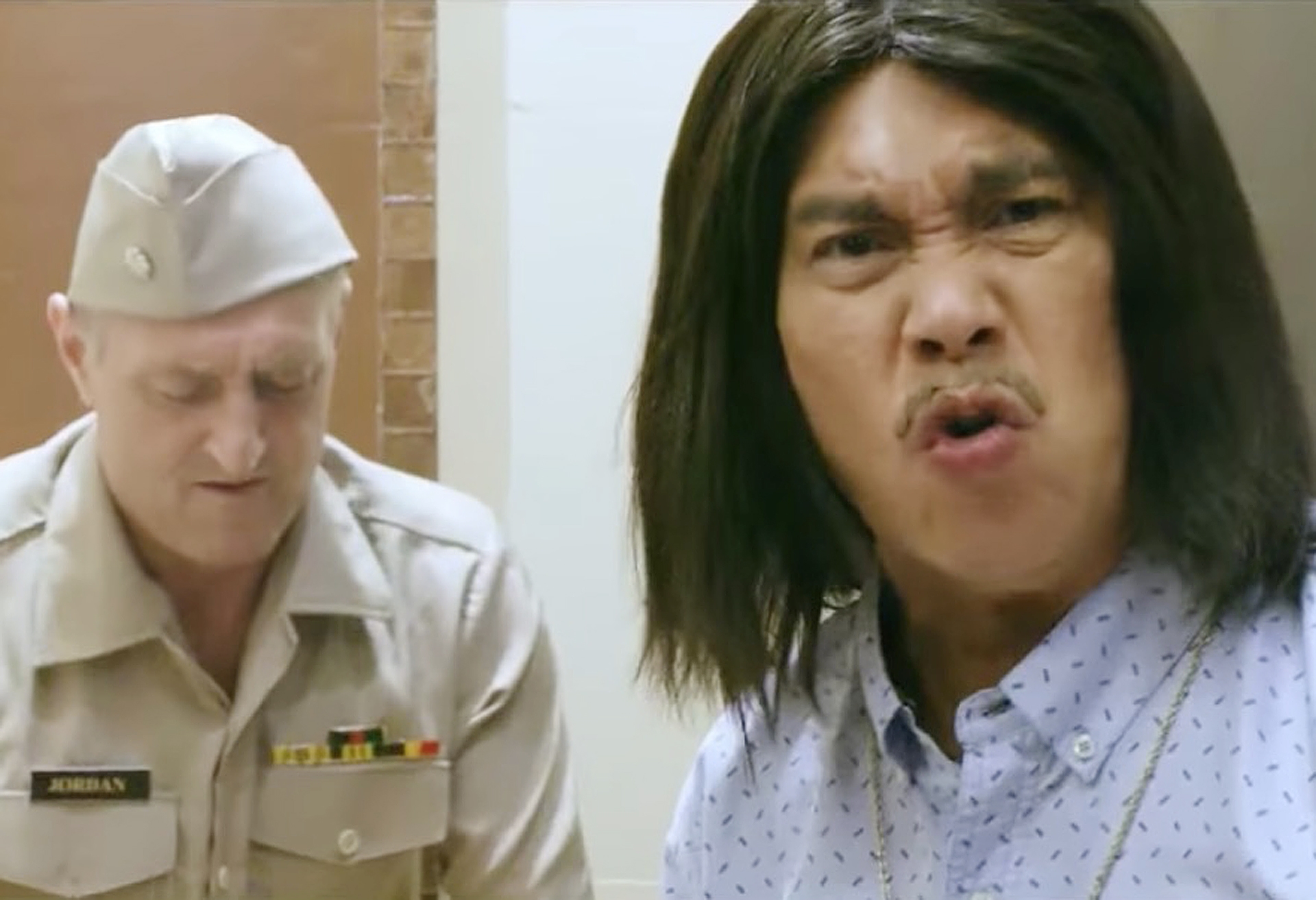 Directed Tony Y. Reyes, “Boy Tokwa: Lodi ng Gapo” appears to be an interesting mix of comedy and a bit of drama. Below is the film’s premise lifted from the press release:

“Based on a true story, from the accounts of Rodrigo Morelos’ (aka Boy Tokwa) friends, the movie sees Boy’s grandson, Andy Morelos Woods, head back to the Philippines to search the truth about his grandfather.

Andy soon learns that his grandfather’s greatest dream is to go to USA.  Boy’s dream led him to Olongapo where his wit, ability and skills in card games became his tools for survival in the town.  Boy becomes a con artist that only targets foreigners and is well-loved by the community because of his loving nature, generosity and loyalty to friends.

During his stay in Olongapo, Boy met and courted Naval officer Anne McArthur, granddaughter of Gen. Douglas McArthur but was turned down.  His journey eventually led him to meet Patricia Woods who is also a Naval officer whom he married and was blessed with a child. But Boy soon finds himself in the midst of conflict within the community he considers his family.”