Pokémon Go has definitely taken over the world, and while players from other countries are already miles ahead on their journey to become Pokémon Masters, the release of the game has been delayed here in PH. Fans have been eagerly anticipating the game’s release in the country, which is why when it was finally launched a few weeks ago, I was one the many Pokémon-master hopefuls who downloaded the app. 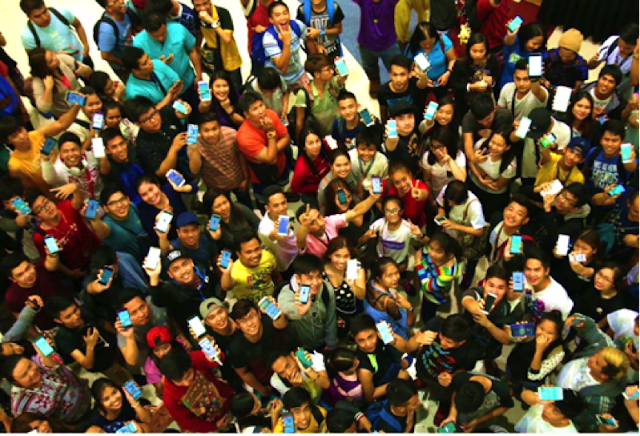 You can tell that a lot of people are hooked to Pokémon Go just by looking at the enthusiastic players flocking to certain areas of the Metro, which has been designated as PokéStops. I won’t be embarrassed to say that I’m one of those guys who would go out of his way and take the longer route, just so I can pass by PokéStops to gather items and hunt for Pokémon. This game is just sooo much fun!
One of the features of the game is that players can use “Lure Modules” on PokéStops to attract Pokémon to a certain area. I noticed that a lot of these lure-activated PokéStops are in SM Malls, so when I heard that SM Supermalls is holding a grand Lure Party, I made sure to block off my schedule for a Pokémon hunting trip!
SM’s Lure party was the biggest in the Philippines, and happened simultaneously in 50 malls on August 12 from 5PM to 9PM. I braved the rains and traffic, just to get to SM City North EDSA on a Payday Friday. I’ve already went hunting at MOA a few days prior and I’ve gotten some pretty rare Pokémon there, so I was giddy excited about what I’ll encounter in SM North! 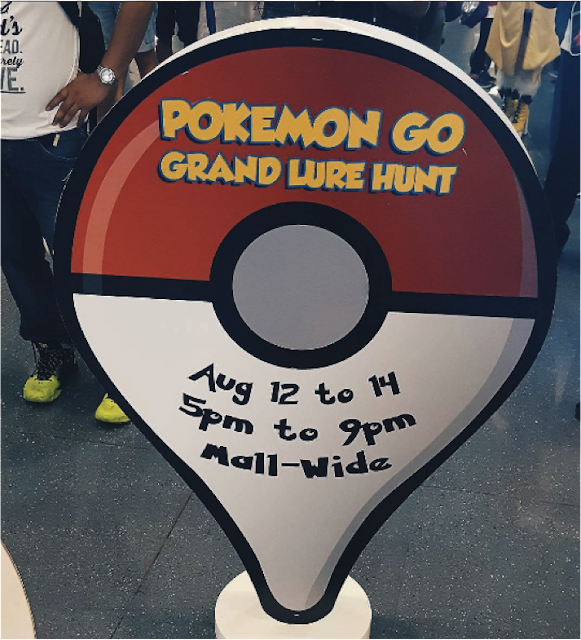 I first went to The Block Atrium to see the short program that SM prepared for eager Pokémon hunters like me. Players were treated to awesome prizes just by showing some of the Pokémon they have caught. Pokémon collectibles were also on sale in the venue, and there were even some fans on cosplay. Several SM establishments and brands also launched their respective special Pokémon promos, including Smart and McDonalds. Smart Pokémon Go users were treated to cinema passes for every purchase of Smart Bro 888, while McDonalds launched their ‘Buy 1 Take 1 McFloat!’ promo in their branches at SM that joined the nationwide party. 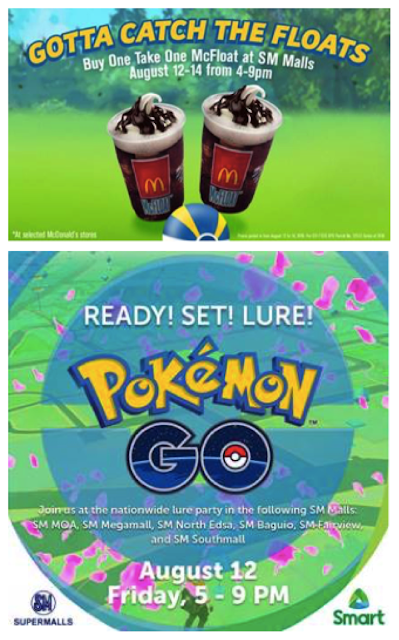 I checked out the list of PokéStops inside the mall and realized that there are several located at the Sky Garden, so I went up to locate the areas indicated in the signs. 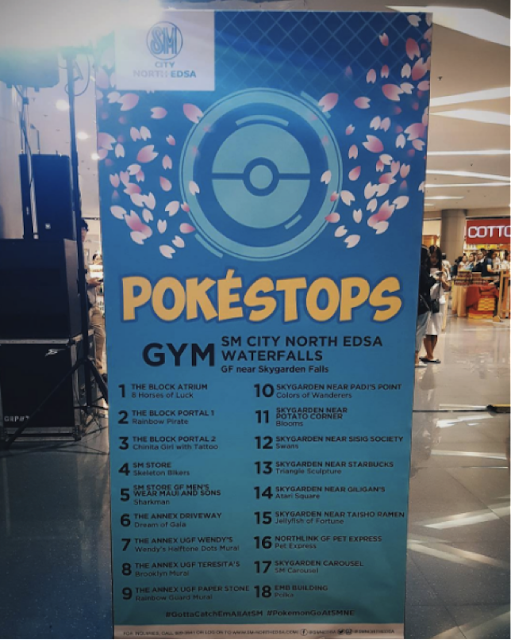 When I got there, I realized that they really weren’t kidding when they said it was going to be a party! Lots of PokéStops and Lures everywhere! I was having so much fun, I event managed to level-up! 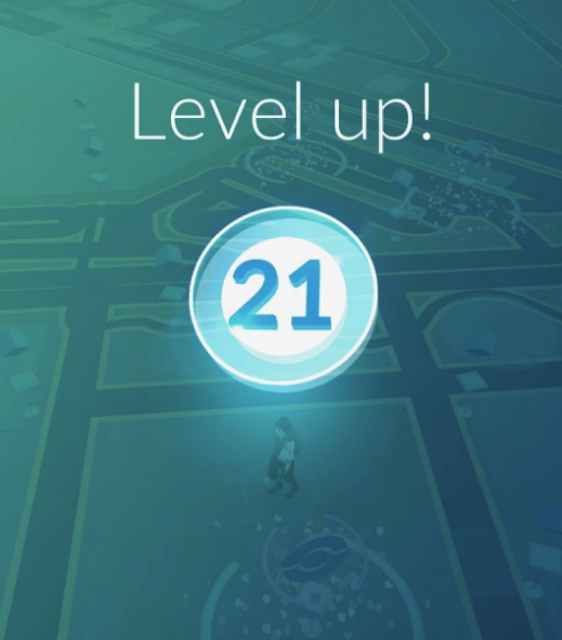 If there’s one thing that’s going to make me go out more often than usual, it’s going to be Pokémon Go. One of the first destinations on top of my mind when I do my Pokémon hunting would definitely be SM Malls. Trust me, you’ll earn much-needed XP.
Pokemon Go Lure Parties are still on-going on select malls, so there’s still a chance for you to catch up! To know everything the Pokémon Go schedules and promos happening at SM, visit SM Supermalls’ website and its official accounts on Facebook, Twitter, Instagram and Viber Public Chat. Also follow SM on Snapchat for exclusive updates, Lure locations, and more!
Waste no time, #GottaCatchEmAllAtSM!