DUP Restages “The Dressing Room: That Which Flows Away Ultimately Becomes Nostalgia”

In a time of reflection and recovery, the play echoes the aftermath of World War II in Japan in an ironically witty and melancholic way. The story follows the lives of four actresses preparing backstage while waiting for their cue to enter onstage. These actresses take turns telling their stories, each expressing an obsessive desire to perform the lead role, which ignites a comic yet dramatic narrative about shared memories that reveal their aspirations and frustrations. 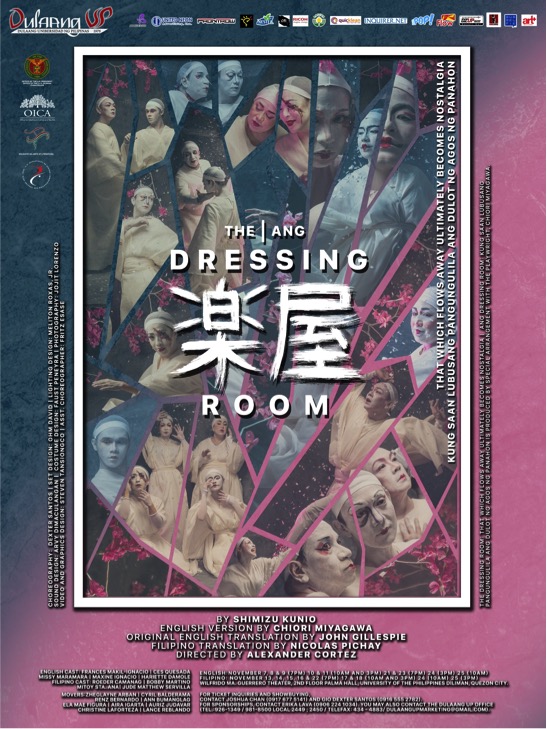 Alexander Cortez’ direction features an all-female cast for the English version and an all-male cast for the Filipino version translated by Palanca Hall of Famer Nicolas Pichay. The play is produced by a special arrangement with the playwright Chiori Miyagawa.