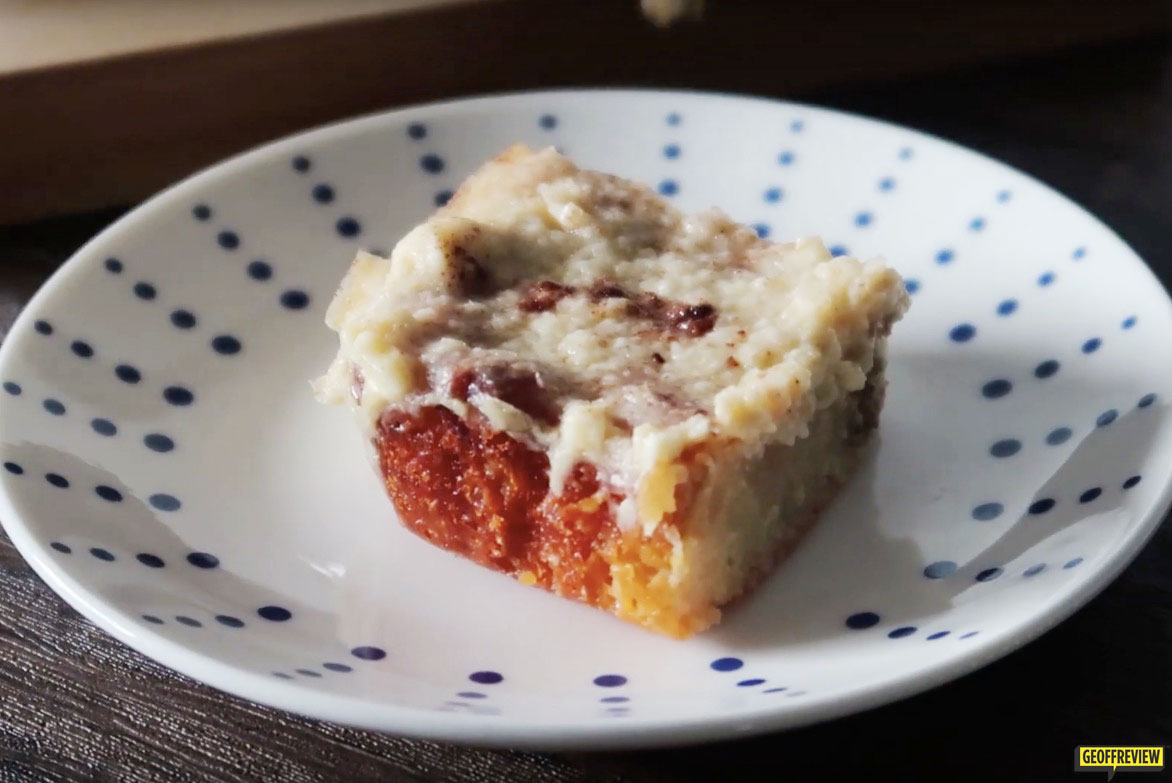 Keto Cinnamon Rolls in Manila by For Heaven’s Cake

Keto Cinnamon Rolls in Manila: I’ve been on a keto diet for the past few weeks, and it feels like a looooong time since I’ve had any kind of bread, pastry, or rice. Of course, I’ve tried making my own – one time I decided to make my own Keto Strawberry Cheesecake. Thankfully it turned out really good, but it took a lot of time and effort to make, considering that it’s a no bake recipe.

I’ve been looking for several Keto bakeries online, but the most decent one I found had a complicated delivery method. Thankfully, a friend recommended to me “For Heaven’s Cake by Jeannie”, which is a home-based bakery that also accepts orders online. The owner, Jeannie, is also on a keto diet herself, so I trust that her recipes are definitely keto. Plus, she also shares the ingredients on her Facebook page, so you know that the ingredients are keto-friendly as well.

I ordered the Keto Cinnamon Roll and Keto Cloud Bread. See the video below:

The Keto Cinnamon Roll is made of keto dough, using almond flour, mozzarella cheese, and butter. I take it as a dessert and it’s probably the best one I’ve had so far (yep, even better than my Keto Strawberry Cheesecake). One order costs Php 600.00, which is already a decent price for a Keto dessert.

The Keto Cloud Bread on the other hand, is light and airy, and a nice alternative to bread. I take it with low-carb peanut butter and keto strawberry jam. An order costs Php 200.00.

As of writing, we’ve already finished the whole Keto Cinnamon bun..haha. Took us only a few days to finish the whole thing. If you wish to order, you may send a message to “For Heaven’s Cake by Jeannie” on their Facebook Page here.

Keto Cinnamon Rolls in Manila by For Heaven’s Cake
3.5