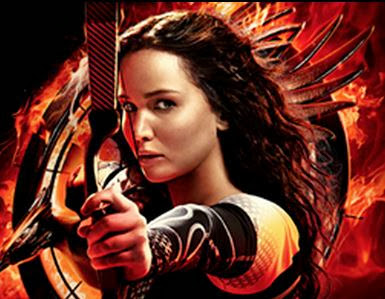 This movie’s timing couldn’t have been any better.
Fresh from the last Hunger Games, Katniss and Peeta now have to tour around the 12 districts to commemorate their victory. Problem is, Katniss’ victory has been interpreted by the districts as an act of defiance, and is now fueling the makings of an uprising against the Capitol. Seeing Katniss as a threat, President Snow finds a way to eliminate her and extinguish the flames of the rebellion she inspired.
I have always been fascinated by the premise of the whole franchise. It does well as a social allegory, reflecting several aspects of today’s society such as entertainment, government, and media. This movie’s release had the best timing given what is happening right now in the Philippines, where the Government takes advantage of the plight of the typhoon victims and the lower class. Media is being manipulated to influence the masses, and the rich are living in excess while the poor is sharing scraps among themselves. Actually, much more than the performance, direction, and execution of the movie, the premise is what made me love this film.
Having read all the three Hunger Games books already, I have set my expectations at a conservative level for this movie, knowing that there may be a lot of book to movie inconsistencies. The good thing about this sequel though, is that it was very loyal to the book, trying to capture even the most minute details and specific lines from the novel.
There were more than a few tear-jerking moments but not to the point where I would call this an emotionally-charged movie. It actually felt like a confused mash-up of action, love story, social commentary, and sci-fi, giving us a little bit of these elements every now and then but not so much as to make you hold on to your seats. It also gets dragging at some point, but it sure is thought-provoking, I’ll give it that.
Watching Catching Fire made me realize how I missed all these peculiar characters – and the actors who portrayed them in the movie definitely did justice to their novel counterparts. Jennifer Lawrence, Josh Hutcherson, and Woody Harrelson still hasn’t lost their charm as the lead characters, but I also have to say that Elizabeth Banks stood out more than she did in the first movie as the ever extravagant and animated Effie Trinket. I was also excited about seeing more of Donald Sutherland as President Snow – portraying the character exactly as how I pictured him to be in the book. Newcomers Sam Claflin and Jena Malone as Finnick Odaire and Johanna Mason respectively, were also very memorable. 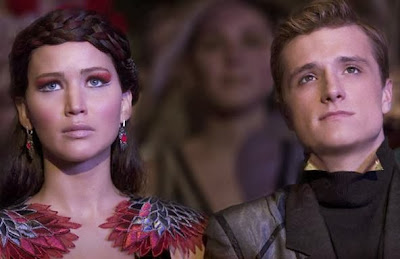 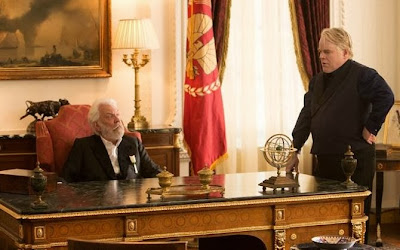 Catching Fire turned out to be how I expected it to be, and it’s a few notches better that its predecessor. I personally didn’t find the movie itself to be that exciting, but it was faithful to the novel that it was based on and it does send a message, which is a good thing. And just like the book, this movie’s gonna be a cliffhanger so prepare yourself.
And oh, in case you haven’t heard, Mockingjay, the third and final book of the franchise, is going to be shown in two parts. Bummer.

Credits to the images and videos used in this post go to “Hunger Games: Catching Fire” and/or to their respective owners. I do not own these materials. No copyright infringement intended.