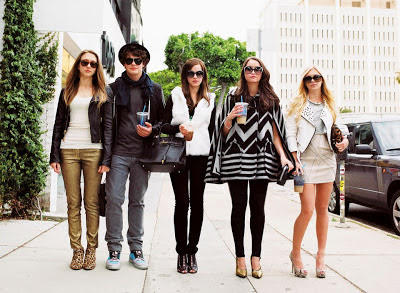 I had to fight the urge to go shopping after seeing this movie. I was bombarded with brands and celebrities and materialistic culture that I eventually felt like I was being hypnotized into impulse buying whatever branded goods I see after leaving the cinema.
Based on true events, Bling Ring is about a group of teenagers who broke into the houses of several Hollywood celebrities and stole millions worth of clothes, jewelry, and whatever other fancy stuff they find…yeah, that’s basically it. No twists in the plot, no mindboggling revelations – just a moral lesson of what happens to kids who steal from Hollywood icons.
If you think about it, the only factors that would probably make you interested in watching this movie is the fact that it is based on a true story and of course, Emma Watson, who has also been the primary marketing “tool” in promoting this film. The rest of the gang are really either making their acting debuts or just plain unknown. Do the names Katie Chang and Israel Boussard ring a bell? No? Yeah I thought so.
In spite of most of the leads being unfamiliar, I must admit that it is also refreshing to see new faces on the screen. Actually these new guys did pretty well, especially Katie and Israel who surprisingly were the ones who carried the whole movie when everyone was expecting it to be Emma Watson. Speaking of Emma, she definitely is the best example of puberty doing its job well, although there are some instances in the movie where she seems to be trying a bit too hard in portraying her role as a pretentious diva.
There isn’t really anything interesting about the plot, being just about spoiled brats who also happen to be kleptos. The fact that it is based on true events saved it though, because if you watch it while realizing that “hey, this happened in real life” then the movie starts to feel like a stylized documentary and it becomes engaging enough for you to stay on your seats. You start to want to know what motivates these kids, how they think, and what the hell is wrong with these celebrities who leave their doors unlocked and leave keys under their mats (I’m talking to you, Paris Hilton). 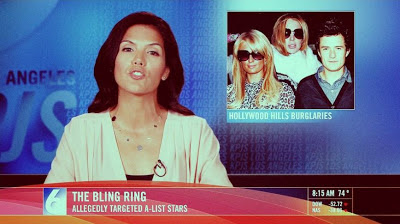 With its appeal coming from the fact that it is based on a true story, it’s a good thing that the movie tried to be as close to the real events as possible. There were scenes in the film which were depicted as how they actually happened in real life, even using some stuff owned by the real-life counterparts of the characters (yep, I did my research).
Other than the right mix of good direction, soundtrack, and notable performances, Bling Ring was fun because it lets us take a better peek at the lifestyle of these celebrities we idolize by entering their homes, which could also be easily mistaken for shopping malls for all the expensive stuff hanging around. Made me reflect on my lifestyle actually. Oh no, here’s that urge to go shopping again.

If you’re anywhere in the Philippines, check out the SM Cinema’s website here to conveniently purchase and reserve your tickets to the blockbuster movies you’ve been watching out for.
Credits to all the images used in this post go to their the Bling Ring Facebook Page and/or to their respective owners. I do not own these images. No copyright infringement intended.