Game Over: A “The Hunger Games: Mockingjay Part 2” Review

I should be blaming the Harry Potter films for starting the trend of splitting a franchise’ supposedly final movie into two parts. The first installment is usually dragging while the second one ends up becoming some sort of stretched climax. 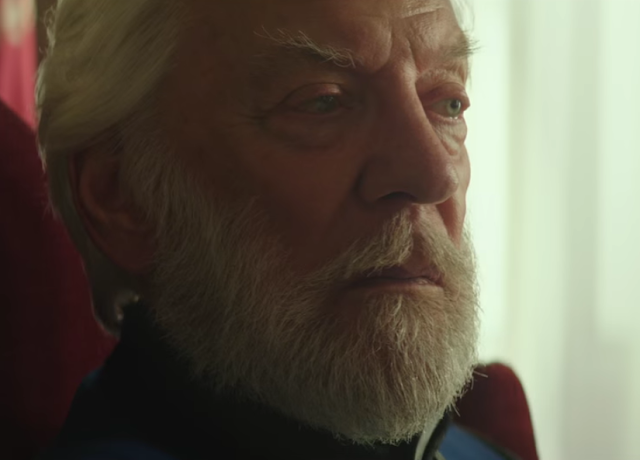 Such is the case with Hunger Games: Mockingjay. What could have been just a single 2-and-a-half-hour movie has been extended to become two films, with the obvious reason of trying to milk more money from the franchise. I’m pretty sure that this is going to be another financial success, but all at the expense of a movie’s quality.  Mockingjay Part 1 was uneventful so I was pretty thankful that Part 2 somehow redeemed the third book.
All the thirteen districts of Panem have united against the Capitol, and with Katniss Everdeen inspiring the revolution as the Mockingjay, the rebels have never been as fired up to take down their dictator. Katniss goes on a mission to assassinate President Snow, risking losing her friends and loved ones along the way. As victory comes closer to their grasp, the war becomes more personal for Katniss, and ultimately her actions decide what will become of the future of Panem.

Unlike its colorful and eye-popping predecessors, the concluding film of the Hunger Games franchise had a grim and darker tone. We no longer see the dazzle and spectacle of the once quirky Capitol but instead, we are set against the dreary background where the first film left off. The film zoomed-in on the struggle of the rebellion, with several of the main characters dying gruesome deaths as they engage in what is essentially a Capitol-wide Hunger Games. Katniss is also torn in a personal struggle between morality and winning the war, always confronted with the question of whether the end justifies the means. What was once a carnival of propos, eloquence, and PR nightmares, the war has now become more treacherous, showing its true face splattered with bloodshed and carnage.

Mockingjay Part 2 was tolerable in spite of having an overstretched storyline given that this is essentially where the franchise’ climax happens. True, it has been extended to two hours with a lot of talking and exposition, but the occasional jump scares (we got the Capitol’s pods aka traps to thank for that), and the action sequences was enough to make you hold on to your seats for a while. The love triangle on the side also works, as evidenced by more than a few giggles from the fan girls with me in the cinema.

In spite of being a film about revolution, the political allegory and social relevance that we saw in the first installments of Hunger Games wasn’t as emphasized anymore in this last film. This time it was more of a “Men in a Mission” movie, with our band of rebels setting out to kill the big boss of the bad guys.

If you ask me, we need more films that can shake up and wake up the different social classes who have become too comfortable with the illusion of free will and comfort. Let us stop becoming citizens of the Capitol who have been blinded by our middle-class lifestyle, that we no longer see the Districts who suffer from the cruelty of the government. The Hunger Games films may not be aggressive enough, but I hope that these somehow make us realize that the world we live in right now, isn’t really that different from Panem.

Credits to the images and videos used in this post go to “The Hunger Games: Mockingjay Part 2” and/or to their respective owners. I do not own these materials. No copyright infringement intended.