You could hear the shrieks of women, the wailing of infants, and the shouting of men…
…there were some who prayed for death in their terror of dying. Many besought the aid of the gods, but still more imagined there were no gods left, and that the universe was plunged into eternal darkness…
-Pliny the Younger
Perhaps the only real reason why I wanted to watch Pompeii was because of my love for Game of Thrones. I would like to see how Jon Snow would look like against a backdrop of hot lava instead of mountains of ice. But then, Kit Harrington was one of the reasons why the movie sucked as much as it did.
Based on the real-life ancient city of Pompeii in Rome, Pompeii follows Milo (Kit Harrington), the only survivor of a Celtic tribe massacred by the Romans. Having been captured by slave traders and turned into a gladiator, Milo heads to the city of Pompeii where he continues to fight for his life. There he also meets Cassia (Emily Browning) and the two falls for each other in no time.  But in the middle of the social, political and romantic conflicts they are in, Mount Vesuvius, the active Volcano that occasionally shakes Pompeii with its tremors, seemed to have plans of its own.

Pompeii was a confused mash-up of Gladiator, Romeo and Juliet, and The Day After Tomorrow pounded, ground, and unlovingly rolled into one. It’s as if the film couldn’t make up its mind and decide whether it’s a historical tragedy, a love story, or a disaster movie. 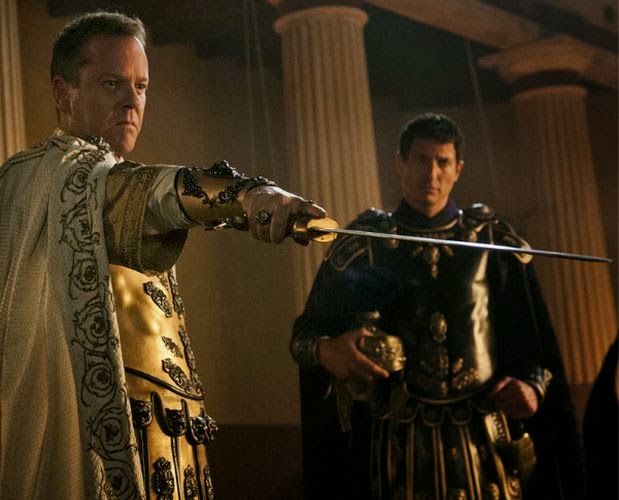 The script was weak. All it did was lazily move the plot forward on the necessary parts, without leaving anything memorable along the way. What makes it worse is that our one-dimensional cast did nothing to help, looking like cardboard cutouts without any form of character development anywhere in the film. It’s as if everyone was just bored with their roles and just can’t wait for the whole thing to be over – especially Harrington and Browning who had just one facial expression all throughout the movie.
Speaking of Harrington and Browning, I’m sorry but their love team just didn’t make it. There wasn’t any kind of spark in their team-up, instead they looked like kids forcefully paired with each other for a Romeo and Juliet school play.
Direction was at par with the script and acting performance. Seriously, it was like watching a National Geographic re-enactment. To be fair with the movie, things did start to “heat-up” when Mt. Vesuvius erupted, sending balls of fire and spewing ashes over the helpless city. To a point, this was able entertain me, and would have worked well if not for the distracting CGI which reminded me of a video game cut-scene. 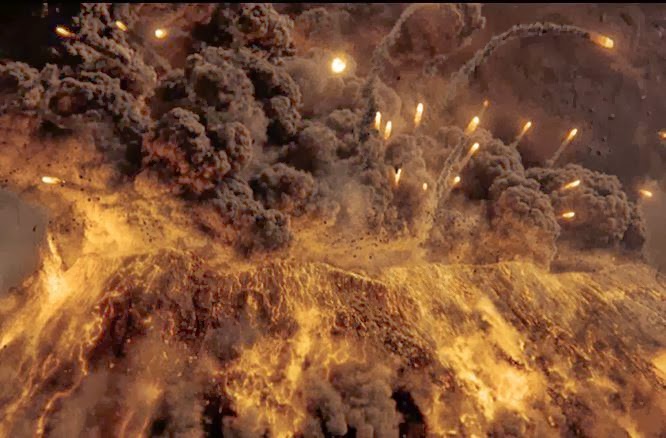 The whole movie is basically one huge Deus Ex Machina, but I’m pretty sure you knew that already.

Credits to the images and videos used in this post go to “Pompeii” and/or to their respective owners. I do not own these materials. No copyright infringement intended.
Geoffrey Ledesma