Defying Gravity: An “Upside Down” Review 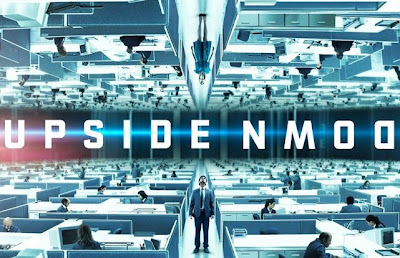 If you’re planning to take your date out on a movie this Valentine’s Day, this would be the best movie to see.
The idea behind Upside Down felt like it came out of the pages of a sci-fi comic book. In a certain part of our universe (or maybe it’s an alternate universe), is a curious existence. Two planets, each with their own gravitational fields (duh), are extremely close to each other that the inhabitants of each planet can interact. Too close that if you’re in one world and you look up, you can already see the people from your neighbour planet, doing their own business in their own weird, upside-down way. They call this double-gravity. Now these planets follow three rules, very much like how we have Newton’s Three Laws of Motion:
Rule Number One: Matter from these planets is pulled by the gravitational field of the planet where that matter came from.
Rule Number Two: The weight of a matter from any one of these two planets can be offset by the weight of matter from the other planet. They call the offsetting one the “Inverse Matter” (getting confused now?).
Rule Number Three: After a certain amount of time, matter that is in contact with Inverse Matter will burn. 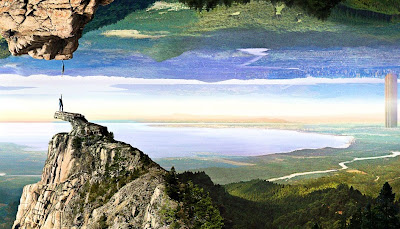 Okay I know what you’re thinking. Two planets this close to each other will surely collapse. The gravitational fields will go crazy and mess up the whole thing. You’re probably like, “Geoff, after you lashed out at Warm Bodies for its lack of logic, how can you believe this thing?!” Now before you go scientific on me, keep in mind that the story existed in a world different from our own, in another part of the universe. One thing that I liked about Upside Down is that it gives us an idea of how vast and mysterious the universe is. That there could be endless possibilities out there, far from what we and our very limited knowledge can even imagine.
Okay, before I get side-tracked and turn this review into a scientific debate, let me tell you why I think this would be a great movie for Lovers’ Day. Upside Down is really about the love story of Adam (Jim Sturgess) and Eden (Kirsten Dunst),who are literally from two different worlds. Eden is from Up, while Adam is from Down Below. How these people figured out which way is up beats me but given this, you can imagine how hard it was for Adam and Eden. Imagine trying to kiss someone who is floating above you. Plus, mingling with people from the other planet isn’t exactly a good thing in this part of the universe. Things get harder when Eden gets amnesia and she forgets about Adam. Getting ignored by your girlfriend is one thing, but completely forgetting about you? Damn.

A WARNING: Don’t watch this movie on your own. You’ll just get depressed that people around you are so in love while you’re there in the cinema…cold…alone. With no one to share that popcorn with.
I liked the way the movie played with the idea of duality and love. Two worlds, double-gravity, a pair of lovers, duality seems to be all over this movie making it easily translatable to love. At the start of the film, Adam narrates that it is said that lovers were two parts of a single being, and these parts will constantly seek each other out until they find their other half. I liked how Adam and Eden were very much like the two planets where they came from – so near yet so far from each other. And since this is a movie of forbidden love, there is a constant fear of getting caught, which pretty much adds thrill and excitement to the story. I also recommend that you watch this on 3D. There’s amazing cinematography and I think people who are afraid of heights like myself may get a little bit jumpy if you watch it through those 3D glasses.
Jim Sturgess and Kirsten Dunst were perfect as a couple in the movie. They acted naturally and they were able to make their love story the main focus of the film, instead of getting lost in the peculiarity of the worlds where they are. When you watch the Upside Down, you get engrossed in their love story and the strangeness of their two worlds just becomes a background. Jim Sturgess was charming and Kirsten Dunst was lovely. 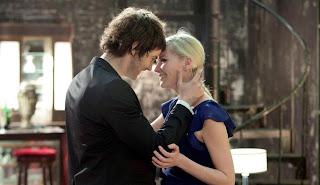 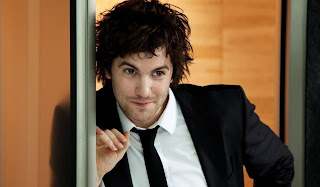 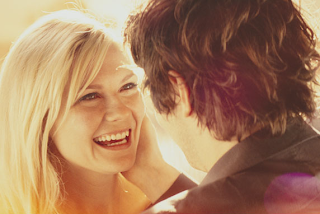 I believe the two worlds are also metaphors for the working class and the rich. Cheap oil is drilled from Down Below through TransWorld, the corporation which links the two worlds together. Using the oil, expensive energy is then sold by people from Up Above back to the people from Down Below. Capitalism at its finest.
If there’s one thing though that I didn’t like about this movie, it’s the abrupt ending. One moment they’re getting chased, then after a while they’re kissing and it’s already happily ever after. The conflicts were also hurriedly resolved. As if the movie is running out of time and it just decided to select random resolutions to the conflicts that it took time to build up.
It’s not like we didn’t know that they will end up together anyways. We all know love conquers all. Even gravity, it would seem.
Images used in this post are from the Upside Down: 2012 movie Facebook page. I do not own these images. No copyright infringement intended.