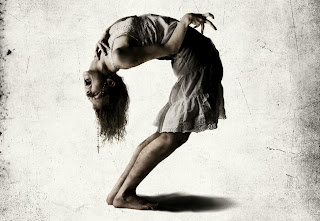 I’m sure I’m not the only who is still disturbed every time I remember the 1973 The Exorcist film by William Friedkin. This has got to be the scariest exorcism movie I have seen and it has definitely been the standard of all movies tackling exorcism that spawned ever since. I still remember that Spider-Walk scene, it stuck to me so much that I sometimes stare at our stairs longer than usual whenever I have to go out of my room at night for a toilet break. The movie has somehow given us the idea that films about possession and exorcism are bloodcurdlingly scary, which is probably one of the reasons why I watched The Last Exorcism Part 2. Check out the trailer here:

Of course, I didn’t watch this alone, and I don’t suggest that you watch any horror movie alone either unless you enjoy scaring the shit out of yourself.
Obviously, this is a sequel to the 2010 The Last Exorcism film. The movie started out pretty well (or maybe I was just overreacting), showing clips of scenes from the first movie. We eventually see what happens to Nell Sweetzer (Ashley Bell) after she was exorcised and used in a satanic ritual, as she starts a new life when she is placed in a home for girls who have been through trauma in the past.
The film takes time in establishing that Nell has already moved on from her past and attempts to make the audience think she can actually start anew:
All these, reinforces the movie’s attempt to make the audience believe that Nell has a fresh start ahead of her. As a moviegoer, this would make you think that “Okay, the movie is trying to make us feel that Nell would finally have a normal life so that when the demonic shit happens, we’d freak out and feel the impact more”. It makes you think that there’s going to be some crazy stuff in store for you later in the movie and you raise your expectation some notches higher, but you know what? You Shouldn’t.
The film relies heavily on startling the audience instead of actually scaring them. You know those scenes where someone or something suddenly appears in the screen and your heart skips a beat, only to find out it’s just the pet cat trolling the main character? This is what the movie does. Getting actually scared is different. It is when you’re disturbed and the scene haunts you even after you leave the cinema.
Like I said, the film started out well and it seemed to have a lot of promise (seemed being the operative word). But as the film went on it became dragging, there are a lot of distractions from the main plot and it makes you wonder where the film is actually headed to. It seemed to enjoy scenes where objects do stuff on their won that the whole thing looked like a poltergeist activity instead of a movie about possession. For the most part you would be tearing your hair out and resisting the urge to shout “Get possessed already!”. The actual exorcism (which is really what you’re looking forward to in a movie that has the word “Exorcism” in its title) happened only towards the end of the movie, and lasting only for several minutes. No gut-wrenching, otherworldly contortions in this one, just a lot of screaming and talking. After this you just watch our main character burn things in her path with poorly computer-generated spontaneous flames.
See also

Honor Thy Father Review: HTF’s black hole heart is all in the family 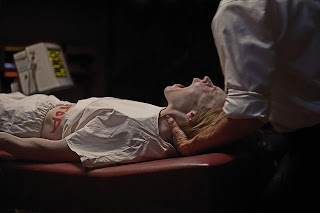 *By the way, during the exorcism the exorcist writes the word “Croatoa” on Nell’s tummy. I’m not sure what Croatoa means coz’ I can’t find it in the dictionary, but it would seem to have originated from North Virginia where the Roanoke colony disappeared. The colony’s leader returned finding the colony gone with the word “Croatoan” carved on a tree. Creepy? Maybe.*

To be fair with Ashley Bell, she was convincing in portraying Nell Sweetzer. Her performance depicted Nell as disturbed and innocent at the same time, and she manages to pull off a teenager’s role in spite of already being in her twenties. Her depiction of Nell showed an “I’ve been there” aura around the character, which shows how much the character has evolved since the previous film. 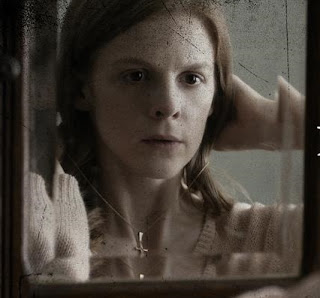 The Last Exorcism Part II definitely did not measure up The Exorcist, although I doubt that anybody was expecting that it would anyways. It’s the kind of movie that you just watch at home on DVD to scare your little brother. In fact, I don’t think the sequel was necessary, The Last Exorcismwould have probably been better without a part two.
Oh well, at least I won’t be having sleepless nights because of this.
*Credits to the images used in this post go to The Last Excorcism Part II Facebook page. I do not own these images. Ni copyright infringement intended*