“Two possibilities exist:
either we are alone in the Universe or we are not.
Both are equally terrifying.”
-Arthur C. Clarke 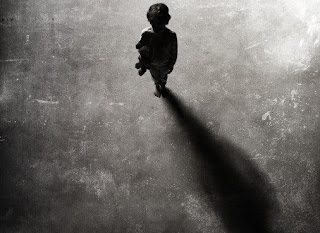 More than anything else, knowing that Dark Skies was made by the creators of Paranormal Activity and Insidious is what made me interested in seeing it. I didn’t really have much fun watching the Paranormal Activity films, but Insidious is undoubtedly one of the scariest suspense movies I have seen. I’m also easily intrigued by alien conspiracy theories so I thought, why not?
The Barrett family has been living a normal life, until strange things started happening around the house and to the family members themselves. Their pictures mysteriously disappear; they get unexplained bruises and rashes; and they have episodes of complete mental blackouts. Fearing that there could be something sinister and unearthly disturbing their family, the parents Daniel (Josh Hamilton) and Lacy (Keri Russel) seek the help of extra-terrestrial specialist Edwin Pollard (J.K. Simmons). What they find out though is that the things they are experiencing are not the start of something, but signs of the end which ultimately concludes with one member of their family getting taken away. 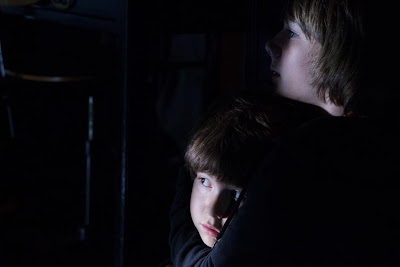 Let’s get right away to the bottomline: this movie was nothing like Insidious, as I hoped it would be. Insidious makes you hold on to your seats and it was creative enough to make astral projection a horrible experience. I was hoping for the same to happen with Dark Skies; to make alien abduction more terrifying than it sounds on National Geographic. It had a lot potential for being disturbingly scary, but it drowned into a pool of horror movie clichés which made it end up as predictable and dragging. Weird animal behaviors, unexplained bruises, kids drawing creepy stuff, we’ve already had a lot of these stunts from Hollywood horror movies to still be unfamiliar with them. However, the best example of this movie for being typical, was when the main characters ask for help from a so-called “expert” who provides all the answers. Man aren’t we getting tired of this overused scene? 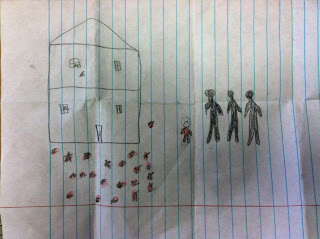 To be fair with it, it’s not as boring as the sequels of Paranormal Activity. Every now and then something happens that keeps you from veering your attention away from the screen. At some point though it becomes tiresome, and you wonder if these disturbances actually contribute to the plot as a whole or are they just fillers whose only purpose is to lengthen the film. I also felt some miserable attempts at humor which only ended up as..well…miserable. 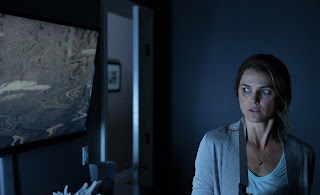 Dark Skies is a refresher from the evil spirits and demonic possessions which lately seem to be monopolizing the horror genre. However, it offers us nothing new – aside maybe from the fact that this movie deals with aliens instead of spirits and demons. But then again, are aliens really something new?

Credits to the images used in this post go to Dark Skiesand/ or the Dark Skies Facebook page. I do not own these images. No copyright infringement intended.