Brains and Brawns: A “Trance” Review 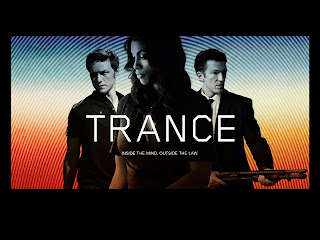 “No piece of art is worth a human life”

I have always wondered when I would see a movie like Inception again. Apparently I would with Trance, it’s just that this time instead of dreams, we’re dealing with memories – or the lack of it.
Simon Newton (James McAvoy) works for an auction house, and becomes involved in an inside-job robbery to steal the painting “Witches in the Air” by Francisco Goya. During the heist however, Simon tries to double-cross the robbery mastermind Franck (Vincent Cassel), which ends up getting him knocked in the head and ultimately makes him lose some of his memories. Franck finds out that the actual painting is missing, and they now have to extract the location from Simon. However, Simon can’t remember because of his amnesia. The gang gets help from hypnotherapist Elizabeth Lamb (Rosario Dawson) to hypnotize Simon and help him to remember the painting’s location. Simon finds out however, that all is not what it seems when you let someone get into your head.
The whole movie is very reminiscent of Inception, and I actually think that they were aiming for the same approach. Unlike Inception though, which was carefully laid out so that we would not get lost within the layers and layers of dreams, Trance is a web of confusing hypnotism-induced scenarios, where we involuntarily jump from one memory to another. At some point, you may be scratching your head trying to figure out where exactly you are in the movie and discerning what is real and what is not. This is all part of the fun though, but I’m telling you, you really need to pay close attention otherwise you’d still be scratching your head at the end of the film.

Don’t bother trying to figure out the twist because it seems that the movie knows that this is what you will be doing. When we have a movie that deals with the mind, there’s got to be some shocking twist somewhere right? It feels like the movie knows that this is what we will be expecting, so it takes advantage of our expectations and plays with our fragile minds, giving us one “twist” after another. The thing about mental movies is that anything can be real or made-up, so it’s easy put an angle into a different light and we’d be like “whoa, that was unexpected”. Personally, it was just frustrating and I thought that the movie overdid the “twisting” part a bit.

The cast was as equally brilliant as the characters they portrayed. Our trio of main characters – Simon, Elizabeth, and Franck were not one-dimensional and their personalities evolved as the film went on. Watching them felt like judging a person based on first impression, then getting to know them better as you hang-out with them more. At one point you’re sympathizing with someone, then in another you start to hate them, then you start liking them again. It’s as if the personalities of these characters were as unstable as the premise of the movie, and the actors who played them made this work like magic. 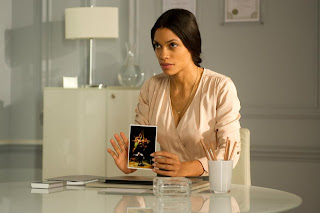 Obviously, hypnotism is the apex of Trance, having the whole movie revolve around Simon’s hypnotherapy sessions to figure out the location of a prized painting. This is a brilliant premise, however the introduction of hypnotism to the story was a bit off. Okay a gang of robbers is trying to locate an artifact, and since the only person who knows where it is has amnesia, everyone agrees to consult a hypnotherapist! The whole group was also very receptive to the idea like it was the most logical choice – would you really think so if you’re a robber? Or maybe they are already hypnotized in the first place? I don’t know, I told you this was frustrating.
I’d call Trance a “Psychological Action Movie”. It’s got both brains and brawns as it is thought-provoking and action-packed at the same time. It’s as fun as it is confusing, like being on a rollercoaster where everything happens so fast during the ride and at the end, you just decide that you had fun.

Credits to all the images used in this post go to Trance and/or the Trance Facebook page. I do not own these images. No copyright infringement intended