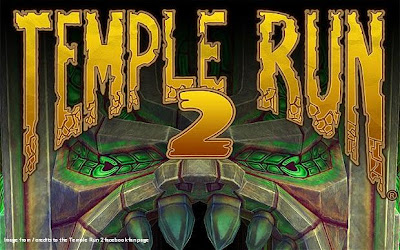 Okay so I have been watching some of my friends play with Temple Run 2 and I finally remembered to download it today. UNFORTUNATELY though (yeah, that has to be in caps so you can feel my frustration), the game is not yet available on Android.
I have switched to Android from iOS last year when I got mugged and my iphone was stolen…charger, earphones, and all, that mugger hit a jackpot with me. I’ve been pretty happy with the Android OS so far, and the Galaxy Note II definitely has more awesome features than the iPhone.
The first Temple run has been released in iOS in 2011 and just last year for Android. It was downloaded more than 170 million times. I have already accomplished all the objectives in the first Temple Run with my iPhone before but I kinda missed it so I downloaded it again in my Note II. And boy, the game was magical with the bigger Super AMOLED touchscreen, adding to my excitement to download the game’s sequel. 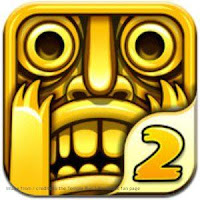 Temple Run 2 has been available for download on iOS sometime between January 16-18, 2013 (depending on where you are in the planet), and has already been downloaded more than 20 million times – and that’s just the iOS users downloading it.  The number of downloads is surely going to skyrocket when it becomes available on Android.
But worry no more fellow Android users. Temple Run 2 will be available for download on Android on January 24th!
I actually just marked that date on my calendar.
So what exactly can we expect on the sequel of this endless-running, time-consuming, productivity-lowering game? Check out these features that I got from the Temple Run 2 Facebook fan page:
1.     Beautiful new graphics
2.     Gorgeous new organic environments
3.     New obstacles
4.     More powerups
5.     More achievements
6.     Special powers for each character
7.     Bigger monkey!!!
And apparently it’s not just running this time, there’s also some cart-riding and zip-lining too! And I’m telling you, they’re not kidding about the bigger monkey. 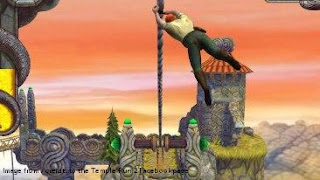 * More pictures when I get screenshots after downloading and playing it ^_^ *
Now who’s as excited as I am?