Spartan Slaughter: A “300: Rise of an Empire” Review 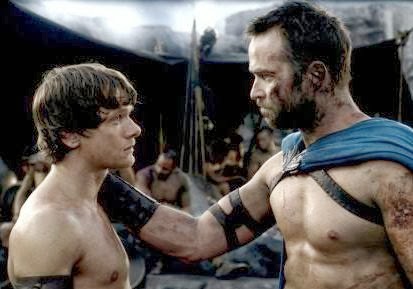 Abs…rock-hard abs everywhere…
Set together with the events of the first 300 movie, 300: Rise of and Empire follows Themistocles’ perspective of the second Persian invasion of Greece. It shows the events that led to the Battle of Thermopylae (featured in 300), and the naval Battle of Artmesium that happened simultaneously with King Leonidas’ exploits at the Hot Gates. We get to see how Xerxes came to be the God-King that he claims to be, and the motivation that fuels his desire to not just invade Sparta, but remove the whole Greek civilization from history.

300: Rise of an Empire Trailer

In spite of my doubts with this movie because of the change of directors, 300: Rise of An Empire was still able to give me as much fun that I had from the first 300 movie. I‘m not very sure though if I should call it a sequel or a prequel, as the plot of Rise of An Empire  shows us the events that happened before, during, and after the events with Leonidas and his 300 guards. Watching this film made 300 feel like it just premiered yesterday – we see a lot of familiar faces, we hear the iconic “Awoo! Awoo! Awoo!” battle cry again, and most of all it was able sustain the thrill and frenzy that the first film left us hanging with. This would have been a bit of a challenge given that 300 was shown eight years ago, but Rise of an Empiredid just that.
We are still treated to a frenzied spectacle of gushing blood, limbs flying around, and flesh getting sliced like butter. It’s a graphic movie of vivid brutality, and I loved it because it made the movie raw and honest. The direction and cinematography emphasized this even more, giving us lots of close-ups and slow-mos at the right moments so you can take in all that blood splashing on the other side of the screen. 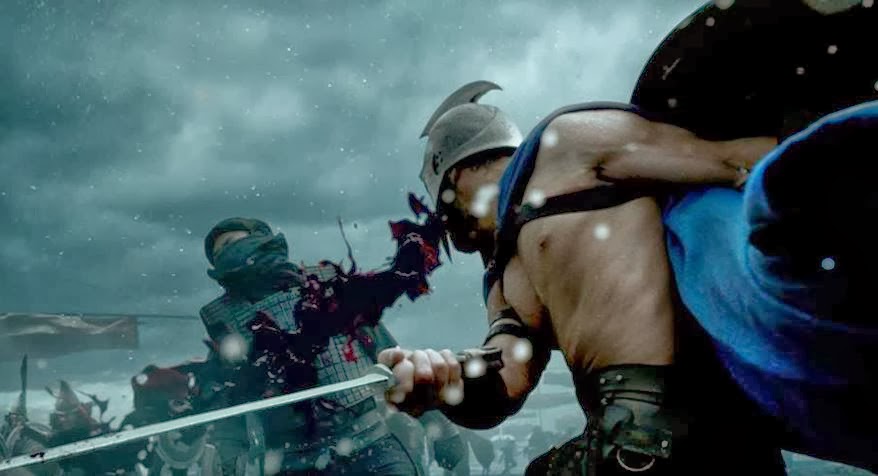 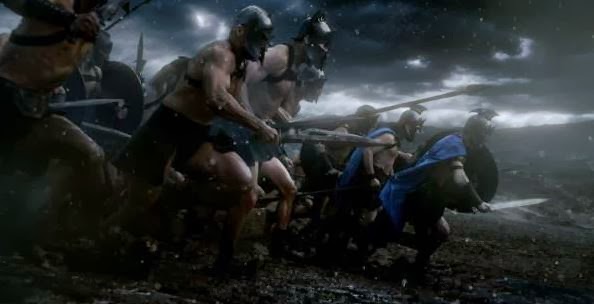 There were also a lot of refreshing elements in Rise of an Empire. The most noticeable one would be that this features a female antagonist, which is a refresher from the otherwise masculinist 300. The first movie was overflowing with machismo and virility, but this one gives us a taste of female badass with Eva Green as Artemisia at the helm. 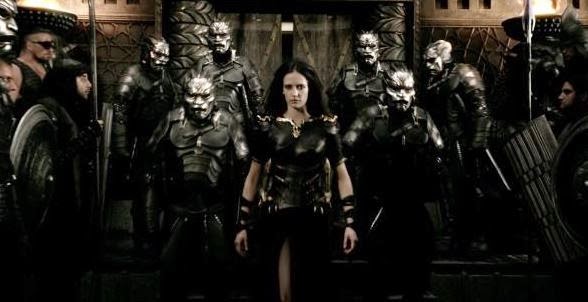 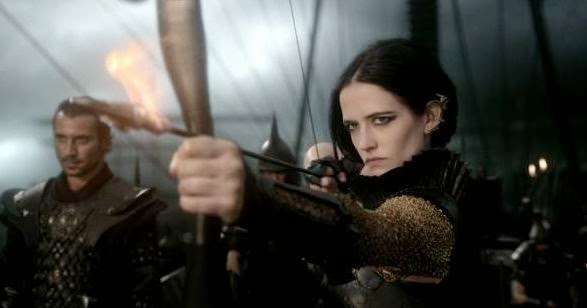 Eva Green’s depiction of Artemisia’s brutality and love for war can only be rivalled by Gerard Butler’s Leonidas, which is why it’s such a shame that Artemisia didn’t get to clash head-on with Leonidas’ wife, Queen Gorgo played by the equally tough-looking Lena Headey. But don’t worry ladies, you’ll still get to see a lot of in-your-face abs in this movie. It’s a shame though that a hard-core sex-scene has been obviously cut-off from the theatrical version. Bummer. 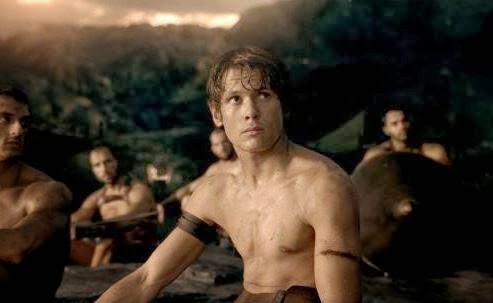 300: Rise of an Empire was as brutal and graphic as we wanted it to be. It didn’t have any memorable dialogues, nor was there anything special with the script, but I didn’t mind because I’m watching this movie for the manic bloodbath anyways. Just don’t mind the fact that it is obviously a more stylized and theatrical representation of historical events. And abs. Yes abs, of course.

Credits to the images and videos used in this post go to “300: Rise of an Empire” and/or to their respective owners. I do not own these materials. No copyright infringement intended.
Geoffrey Ledesma