Space Castaway: A ” The Martian ” Review

“Everywhere I go, I’m the first”
If only Mark Watney knew that there’s actually water in Mars, he would have had a much easier time surviving on the red planet. 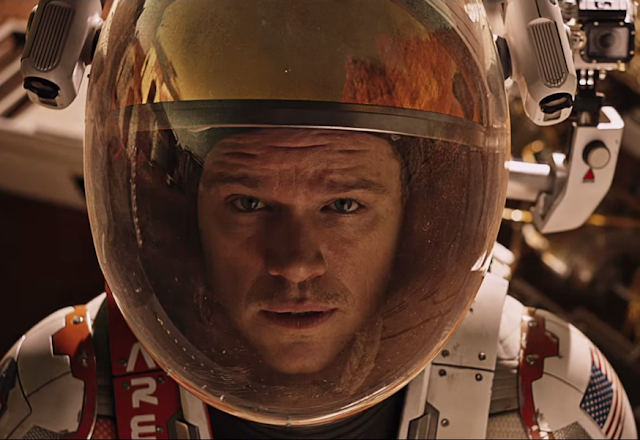 Mark Watney is left alone in Mars after he was presumed dead by his crewmates when debris hit him during a storm. With a limited supply of food and water, Mark must find a way to survive until the next manned mission to Mars, which is scheduled to happen in four years.  He makes use of his knowledge in botany and astronomy and successfully stretches his available resources. After much effort, he is able to get in touch with NASA, but how long can he survive in a planet where nothing can live?
The Martian is pretty much like an out of this world version of Castaway, except that this space tale isn’t as emotionally packed as the Tom Hanks classic. On the contrary, this film somehow has a feel-good vibe to it in spite of the evidently grave situation that our main character is in. Mark Watney is a smart-mouthed, nonchalant character who makes light of the fact that his chances of getting out of the situation alive if waaaay too slim. He was a refresher actually, and is a good break from the emotionally charged performances in earlier “shipwrecked” movies like All is Lost, Castaway, and Life of Pie. Much more than the psychological and emotional battles of the character, the film gave more emphasis on what he did to survive. It was fun, intriguing, and it makes you wonder if any of it is scientifically accurate (Wikipedia says that for the most part, it is).

We also get somewhere near the borderlines of Interstellar (hey, Matt Damon was also stuck in a planet in that movie), but instead of the complexities of metaphysics and time-travel, what we have are technicalities that range from “making water from scratch” to “how to be a space pirate”. This movie’s starting to sound more fun, isn’t it?

The film is a space-epic that doesn’t soar too far from reality.  It has a sci-fi feel to it stemming from the its implication of the prospect of living on Mars, yet it stays grounded and doesn’t stray away from the realms of possibility in our present time.  We’ve already had more than a few films about the Red Planet (some of them I’d rather forget), but so far The Martian seemed to be the one that is most realistic and relatable. And I guess it helped that Mars is being talked about a lot lately, with the discovery of water and all.

The premise isn’t something new to Matt Damon, considering that he seemed to be fond of roles where his characters needs some saving. The movie’s charm actually comes primarily from his portrayal of Mark Watney and heck, the film would have been a lot less fun if they designed the character differently. 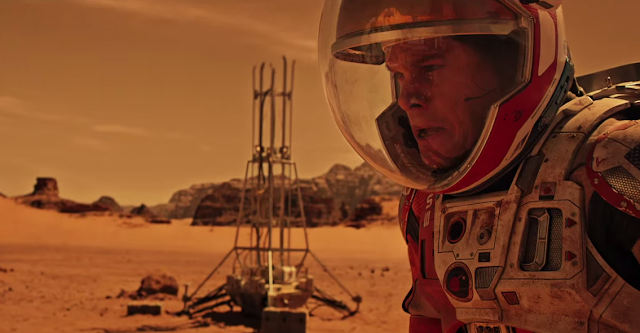 ***
The Martian feels like a fusion of the largeness of Interstellar, the survival story of Castaway, and the form of Gravity.   The movie is smart, funny, and is able to tame the mind-boggling physics of interplanetary travel. Remember when you asked your Physics teacher if you’ll ever use those equations in real life? Well, this movie’s your answer.

Credits to the images and videos used in this post go to “The Martian” and/or to their respective owners. I do not own these materials. No copyright infringement intended.