Lukewarm: A “The Heat” Review

The Heat turned out just the way I thought it would t would be. And I’m saying this with a poker face. 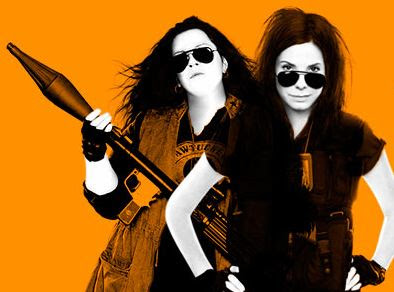 Tough lady FBI Special Agent Sarah Ashburn (Sandra Bullock) badly wants that promotion so she accepts an assignment to take on a Russian drug dealer in Boston. Being on a completely different turf, she hesitantly asks for the assistance of the equally uptight but foul-mouthed Detective Shannon Mullins (Melissa McCarthy), and the first meeting was not exactly what we would call pleasant. However, they discover in the end that their strong personalities may actually be the key for them to effectively work together as a team.
Even though I was trying so hard in convincing myself that this movie’s gonna be funny as hell because of the Bullock – McCarthy team-up, at the back of my mind there’s a small voice saying “ This film’s going to be no different from the  countless other buddy-cop comedies you have already seen”. And this voice was right (again).
Actually, the Bullock-McCarthy team-up was indeed hilarious and I also thought that it was a genius idea to bring them together in a film. Bullock had her familiar “Ms. Congeniality” toughness and McCarthy had her “Big-lady” badassery which works oh so well every time. However, the movie seemed to rely too heavily on this combination that the other elements of the film, such as the plot and script, became mediocre. It’s as if the filmmakers came up with a boring story then threw in Bullock and Mccarthy hoping that they would make it entertaining.
But thing is, a movie won’t really be as effective if it’s just the actors carrying all the weight. Bullock and McCarthy were brilliant but I wasn’t able to appreciate the movie as much because of the predictable plot. You know the usual formula of these buddy-cop films – the buddies don’t get along at first, they eventually notice similarities with each other, some conflict happens, they work together as a team, then it’s a happily ever after. Typical, predictable, safe. Move along boys, nothing new here. 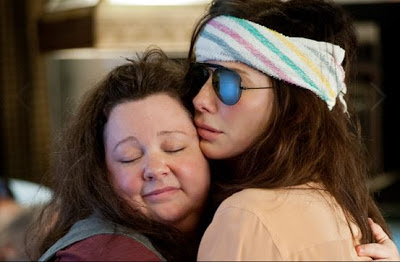 I’ll admit that there were some funny parts, although it only elicited grunts from me instead of actual laughs. We were expecting to see some riotous comedy but sadly, most of the humour relied heavily on slapstick and swearing. Not my type of fun, sorry.
Having Sandra Bullock and Melissa McCarthy in one movie would have had so much potential given that they’re really hilarious on their own. Sadly though, the plot of this movie did not harness this potential. I can imagine to have had much more fun if we were given a more creative storyline and a wittier script that did not rely too much on having curse words as fillers. And please, let’s try not to overdo the slapstick humour in movies shall we? Clever lines are way funnier.

Credits to all the images used in this post go to their the The Heat Facebook Page and/or to their respective owners. I do not own these images. No copyright infringement intended.