Dolls and Demons: An “Anabelle” Review 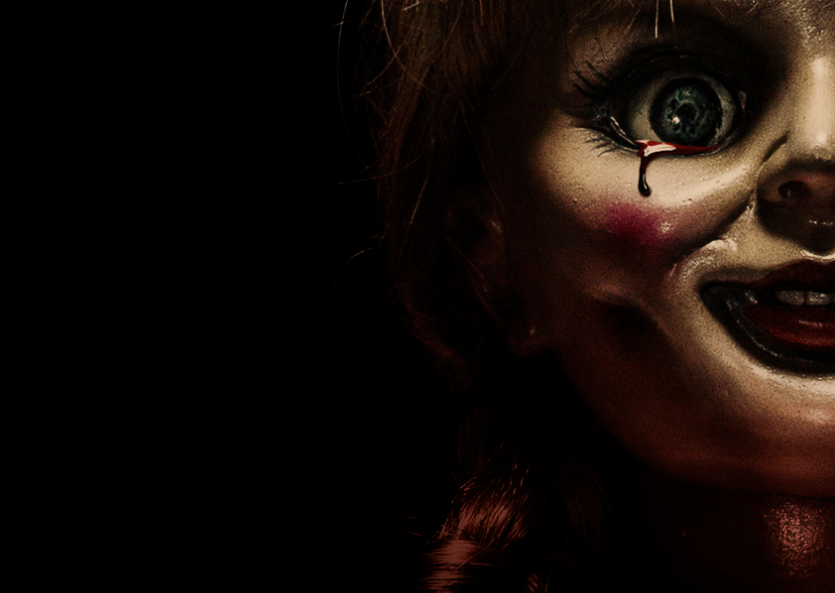 I have just developed an irrational fear of elevators. Thank you Anabelle, now I will have to take the fire exit every time I want to get up to my unit…wait, the fire exit isn’t safe either???

We had a good scare when we saw The Conjuring, but one of the most memorable elements in the film was the “pretty” doll named Anabelle who, in spite of her (thankfully) brief appearance in the movie, was forever etched into our memories, and converted more than a few of us into pediophobics.  It left a special mark in our meek, fearful, but ironically horror-hungry hearts, that a spinoff movie just made a lot of sense. And so, we torture ourselves once again with a film that is solely dedicated to this nasty, god-forsaken doll (please don’t kill me >_<).
Just from the looks, we can already tell that this doll Anabelle already had something sinister going on behind those soul-piercing eyes. However, this braided toy wasn’t demonic from the very start. It was of course, an innocent, “pretty” doll, until a horrible event happened to the family who first owned it.  Don’t worry, I won’t be spoiling you with more details because it will ruin the fun. Besides, the world will be a much better place if we’re all afraid of dolls, won’t it?
The film takes us into a rollercoaster ride of startling scares, temporary relief, then letting us freefall back to curse-inducing scenes where it’s a challenge not to cover your eyes out of fright. The beauty of Anabelle comes from its unpredictability, which is the most important element in any horror film. The movie knows that we won’t get scared or startled if we can anticipate what comes next, so what it does is make you think you know what happens next, before it takes you to a frenzy of scenes worthy of a heart-attack. Just when you thought that the characters are done for, they turn out to be fine, but just so they can be subjected to an even more horrible horror right after. I’m telling you, that scene with the elevator and the fire exit makes me want to move to the ground floor ASAP.
Anabelle is the kind of horror film that is also so much fun! Yes it’s scary and it makes me want to leave the lights on for some time, but it’s also the kind of movie where you would find yourself laughing with your friends at how silly scared you were. It’s effective because it disturbs you even after you have already left the cinema, but it also preserves that fun and entertainment that we are looking for when we go see a movie. However, I don’t recommend that you see this alone. I was only having fun because I was laughing along with my movie buddy after every scary scene, but if I went to see this on my own, I would have probably peed on my pants. Do you want to pee your pants?
If you ask me if it’s better than The Conjuring, I would say yes. It was fun, yet it was also something that would make me uncomfortable with dolls for the rest of my life. Now if I may ask, is there a way to get to the fifth floor without using the elevator and the stairs? Dammit.

Credits to the images, videos, and materials  used in this post go to “Anabelle”, and/or to their respective owners. .I do not own these materials. No copyright infringement intended.