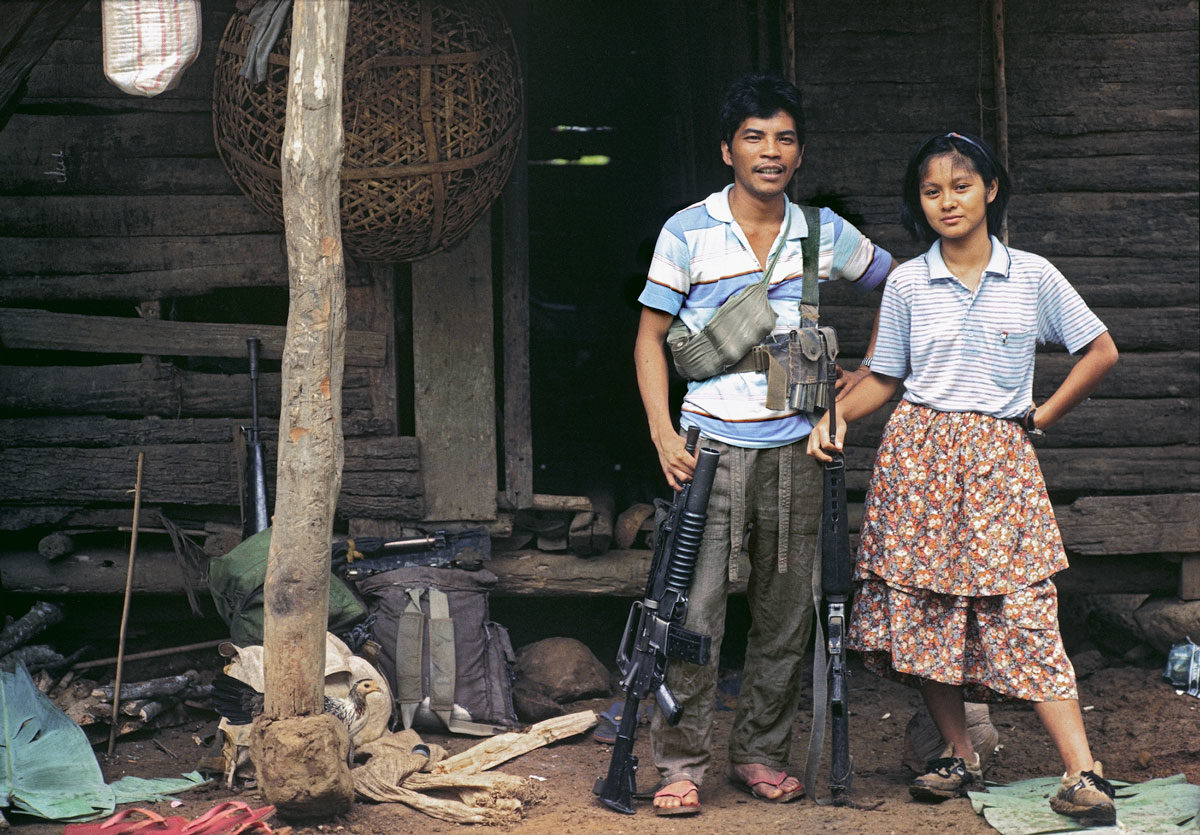 A Rustling of Leaves Inside the Philippine Revolution (1988)
Movies

Stream Philippine Documentaries for Free this October at the Daang Dokyu Film Festival!

Watch films from the largest collection of Philippine documentaries at the Daang Dokyu Film Festival, streaming for free from October 2 to November 5, 2020.

A total of 45 films from the past one hundred years are lined-up including the rerun of some titles presented during the opening program themed Martial Law, Never Again.

Marcos: A Malignant Spirit; Mendiola Massacre, and A Rustling of Leaves: Inside the Philippine Revolution are screening October 9 to 15.  Alunsina reruns from October 30 to November 5.

Aswang highlights the fest’s Halloween special entitled “HuwagMatakot” screening from October 31 to November 2. It will also be  presented from October 9 to 15.

The festival is made possible with the support and partnership of the Office of House Deputy Speaker Loren Legarda, National Commission for Culture and the Arts, UP Film Institute and Probe Media Foundation.

Daang Dokyu also stages the Philippine premiere of the 1929 film Glimpses of the Culion Leper Colony and of Culion Life by Merl La Voy from October 2 to 8.  This film, acquired by FilDocs from the British Film Institute archives, is an American military commissioned video that gives an idealized portrayal of life in the Culion Leper colony in Palawan under American rule.

Four other films are also set for Philippine debut.  These are Bullet-laced Dreams (2020) by Kristoffer Brugada and Charena Escala on October 2 to 8; Dreaming in the Red Light (2019) by Pabelle Manikan on October 16 to 22; A House in Pieces (2020) by Jean Claire Dy and Manuel Domes on October 23 to 29; and We Still Have to Close Our Eyes (2019) by John Torres on October 30 to November 5.

Bullet-laced Dreams and A House in Pieces talk about war-torn Mindanao.  Bullet-laced Dreams are the stories of the Lumad children fleeing military rule and transferring from place to place just to continue their schooling. A House in Pieces is about the struggle of Marawi residents in rebuilding their homes and lives after the Marawi siege. Dreaming in the Red Light is the story of a mother who used to work in the Red Light district of Angeles City. We Still Have to Close Our Eyes is an uncanny narrative about human avatars controlled by apps using repurposed footage from the sets of Filipino film productions.

The five-week main program is divided into five sections, each tackling vital issues of today.

“The Daang Dokyu program celebrates documentary films for the many ways we can enjoy and appreciate them — as an art form, as a reflection of social issues and realities, as entertainment, as a tool for education or as springboards for advocacy. Watching the programs on our virtual cinema will be like being on a fascinating educational tour full of discoveries for anyone willing to dive into it with an open mind. We offer five weeks of free access to this rare and wide array of films from 1914 to 2020, portraying multiple and diverse facets of the Filipino story, shattering old myths and illusions, and opening new ways of thinking. We selected these films from more than 300 titles, some literally had to be lifted from their hiding places and now we hope that people will take advantage” explains Maranan.

The first week is for the Ecology section, with the theme “Ang Lahat ng Bagay ay Magkakaugnay”. It puts together documentaries that spotlight environmental issues, indigenous people and local communities in the face of colonization, tragedies, calamities. This will be from October 2 to 8.

From October 9 to 15 is the Nation section, with the theme “Perception is Real, Truth is Not”. Stories featured here are about politics, nationhood and myth-making.

Aside from Aswang, Marcos: A Malignant Spirit, Mendiola Massacre, and A Rustling of Leaves: Inside the Philippine Revolution, other films in this section are Yanan (2013) by Mae Caralde; May Istorya nga Tayo, Patay Naman Tayo (2001) by Howie Severino; Sa Mga Mata ng Balita: The Birth of Philippine TV, The News and Many Firsts, Unos at Puntos sa Bagong Milenyo (2003) by Ricardo Trofeo; Tupada ’92: The Philippines in the Year of the Elections (1995) by Fruto Corre; Maid in Singapore (2004) by Clodualdo Del Mundo, Jr.; Queer Transnational Love in the Time of Social Media and Globalization (2017) by Adrian Alarilla; and The Delano Manongs: Forgotten Heroes of The United Farm Workers Movement (2014) by Marissa Aroy.

Also presented in this section is Documented (2013), which will be streaming only for 72 hours, from October 16 to 19. The film is by Jose Antonio Vargas, a Pulitzer Prize-winning journalist.

Filipino identities and regional cultures are the focus of the Localities section, with the theme “Dagat ang Pagitan”, streaming from October 23 to 29, 2020.

Finally, from October 30 to November 5, Daang Dokyu presents the section Future with the theme “Ganito Tayo Ngayon, Paano Sila Bukas”.  This is about explorations of new and unseen territories in filmmaking and social change.

Here, Jet Leyco’s For My Alien Friend (2019); Manuel Mesina III’s Beastmode: A Social Experiment (2018); We Still Have to Close Our Eyes; and Tad Ermitaño’s Retrochronological Transfer of Information (1994) are included.

Aside from the titles above, there will also be streaming of some of the documentaries that have been aired on television and are recommended for the festival by festival partners and the leading news and journalism organizations in the country. These partners are GMA Network, ABS-CBN, Probe Productions, Rappler, Philippine Center for Investigative Journalism (PCIJ) and the National Commission for Culture and the Arts (NCCA) will also be streamed.

Q&As, talkbacks, industry sessions, and master classes are also part of the festival.  It is also launching as part of the festival a “Dok,” a collection and recollection of histories and stories, as well as views and interviews, centered on the rich landscape of the Philippine documentary in film and television.

More information is available at daangdokyu.ph. Virtual cinema opens on October 2 at DaangDokyu.com/watchnow.