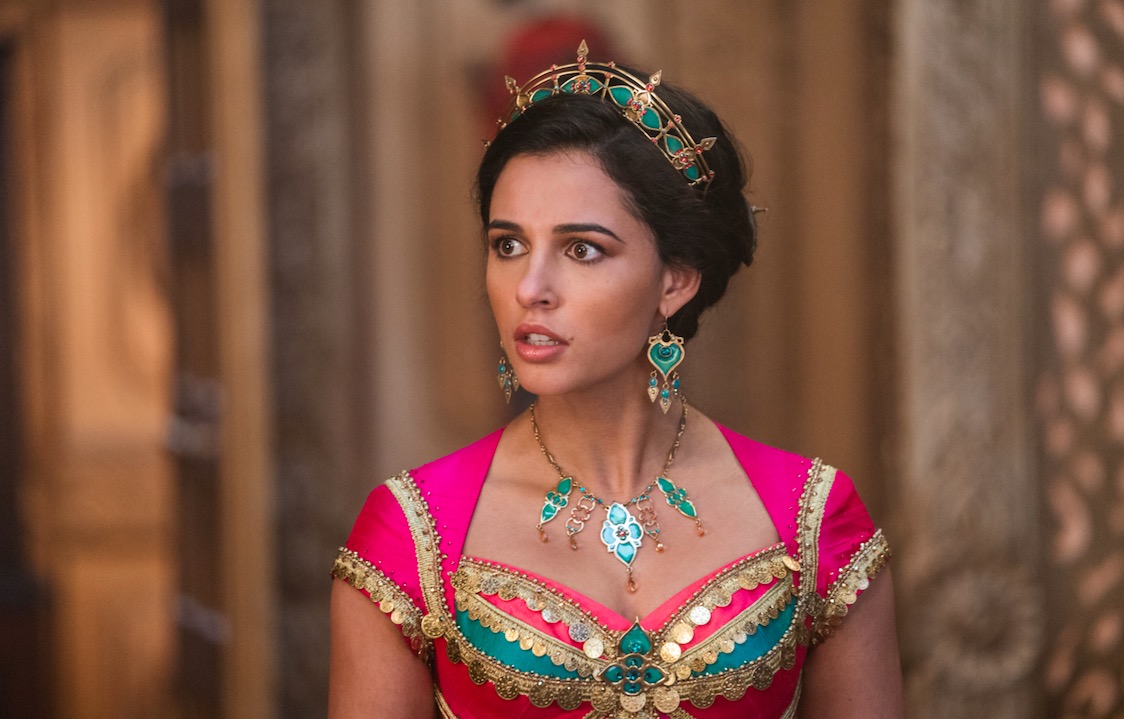 I don’t know if whoever wished for a live-action adaptation of Disney’s Aladdin got exactly what he or she wanted (there’s a lot of gray area in there), but I’m pretty happy with how Guy Ritchie brought one of my favorite Disney movies to life. Admittedly, the CGI work on Will Smith’s blue genie is still the stuff of nightmares, but considering that I caught myself smiling for the most part of the film, I say that the 2019 Aladdin did a pretty decent job in stirring my childhood nostalgia.

The film starts with a sailor telling his two children the story of a young thief named Aladdin, who lives in the desert kingdom of Agrabah. Aladdin (Mena Massoud) is an orphaned “street rat”, who steals only what he can’t afford (which is everything), grabbing whatever valuables he can in the market so that he can buy food for himself and his pet monkey Abu. One day, Aladdin helps out a young woman from the palace, who unintentionally stole food from a vendor to give away to hungry street children. Unknown to Aladdin, the young woman is actually Princess Jasmine (Naomi Scott), the only daughter of the Sultan of Agrabah.

Meanwhile, Jafar (Marwan Kenzari), Agrabah’s Grand Vizier, is attempting to acquire a magic lamp containing a genie that can grant wishes. The Lamp is hidden inside the Cave of Wonders, where only “the diamond in the rough” can enter. After seeing how Aladdin masterfully evades the palace guards, Jafar realizes that he’s the one that he needs to get the Lamp from the Cave. Knowing that he likes the Princess, Jafar reveals the real identity of Princess Jasmine to Aladdin. With the promise that he’ll be rich enough to impress the Princess, Aladdin agrees to get the Lamp, not knowing the true power it possesses.

The 2019 Aladdin movie remains faithful to the plot of the original 1992 animated version, but with a few added contemporary touches. Even if you’ve already seen the animated film, there’s still a bunch of new things that you can pick up from Guy Ritchie’s adaptation, having made several changes to keep the story up with the times.

Most noticeable is Princess Jasmine’s pivotal arc that brought more weight for the character. What we have is a progressive Princess Jasmine who, despite the norms of the Kingdom, wants to become a sultan herself so she can look after the people. She even gets her own original song called “Speechless”, with a message that drives home her empowered character, having lyrics like “I won’t be silenced, you can’t keep me quiet” and “Won’t tremble when you try it! All I know is I won’t go speechless”. Princess Jasmine here does not exist merely to serve as Aladdin’s love interest or damsel in distress. In fact, she carried the film much more than our titular hero or any of the other male characters. I would go so far as saying that the film’s title should have been titled “Jasmine” instead of “Aladdin”!

Sadly, some of the other main characters did not leave a lasting impression the way Jasmine did. Mena Massoud’s Aladdin is a one-note cardboard cutout all throughout the movie. You can tell that Massoud has some theatrical pizzaz, but this was not enough to save his bland portrayal even during the musical numbers. Marwan Kenzari as the Grand Vizier Jafar (aka “hot Jafar”) is just plain textbook Disney villain, existing more as a plot device rather than a character. To be honest, the magic carpet was more interesting to watch.

Then there’s Will Smith’s genie, who despite the horrible CGI, is oddly entertaining whenever he’s on screen. It would be unfair to compare Smith’s performance to Robin Williams’ because Smith does put his own creative take on the character with his “The Fresh Prince of Bel-Air” flair. To some degree, Will Smith’s Genie is more “human”, even having a love interest with the handmaiden Dalia (Nasim Pedrad), a new character introduced in this live-action movie. Admittedly though, it’s uncomfortable seeing Genie in that nightmarish blue CGI form, that I low-key hoped that Aladdin would wish for him to keep his human look for the rest of the film.

The CGI may be horrible, but the film redeemed itself with the festive production and colorful costumes. If there’s one thing that you can count on Disney to do right, it’s the musical numbers. Genie’s “Friend Like Me” and “Prince Ali” is just how I imagined it to be in live-action – with over-the-top props, wild choreography, and that colorful Bollywood flair. After Will Smith’s performance of “Prince Ali”, I knew I already had my money’s worth.

Guy Ritchie’s Aladdin may not be a whole new world, but it does have some significant changes that make it worth a watch even if you’ve already seen the 1992 animated version. There are a few noticeable flaws but none that would keep you from enjoying the visual spectacle.