A Fiesta of Filipino Food: A “Three Sisters Restaurant of Pasig” Review

Oh how I miss home-cooked food. Ever since I decided to live away from my family, most of the food that I eat are either served to me in a food establishment, or taken home from one. I guess this is why it is easy for me to appreciate restaurants or even just carenderias who offer family specialties, especially those that have been handed down for several generations. 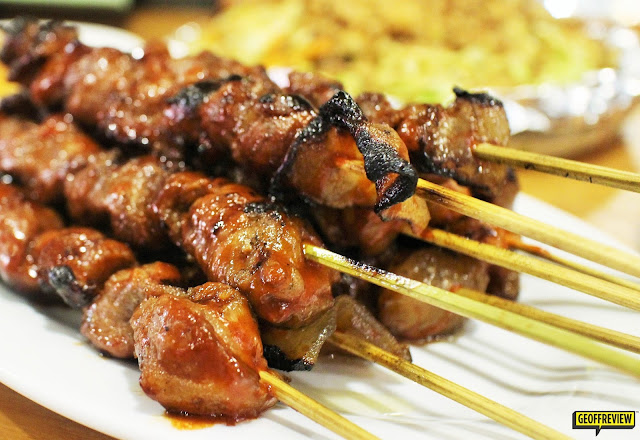 One such resto is Three Sisters’ Restaurant of Pasig. It has a rich history given the fact that it was started waaay back in 1941 by Lola Rosa Francisco, who put up a small panciteria where she first served her special pansit and halo-halo. From there, what used to be Three Sisters’ Refreshament Parlor, became what we know today as Three Sisters’ Restaurant of Pasig, which now offers a huge variety of Filipino dishes inspired by Lola Rosa’s passion for cooking.
In case you’re wondering, the restaurant’s name had nothing to do with Lola Rosa’s sisters or daughters. It was named after a brand of talcum powder that Lola Rosa used. Now I wonder how customers would react if I called my restaurant “Old Spice”.
Three Sisters’ is not that easy to spot in Kapitolyo because the façade doesn’t look like the conventional restaurants we know. What you’ll see is what would seem to be a gate of somebody’s house. When you overcome your doubt and finally go inside, you’ll be welcomed by what would feel like a home welcoming guests to a fiesta! 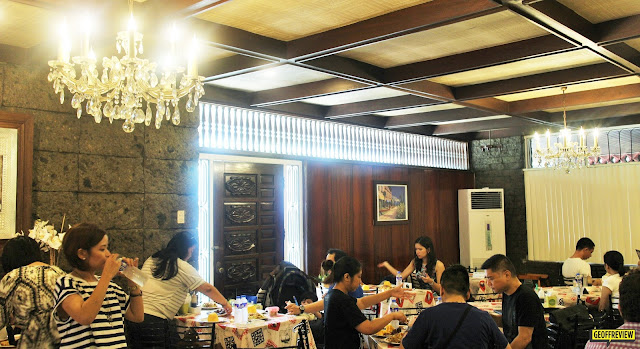 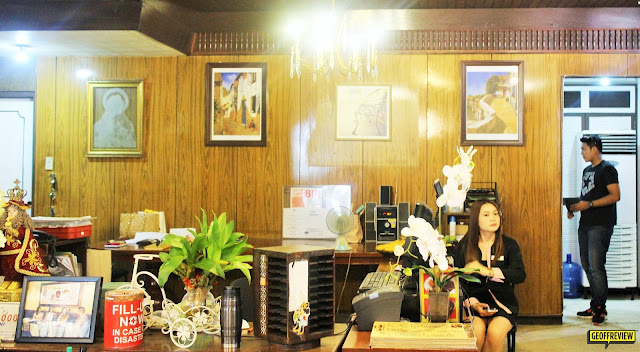 We dined in what seemed to be a part of the house that was converted into a restaurant – complete with family portraits, furniture, and warm, welcoming hosts. When we were already seated comfortably, the dishes were served:

Believe me, THIS. IS. A. MUST. TRY! The crispy pata was one of the first dishes that were served, and in spite of my tummy already reaching its capacity, I still can’t help slicing off pieces every now and then. The skin was crunchy and the meat, tender – just like how Crispy Pata should be! 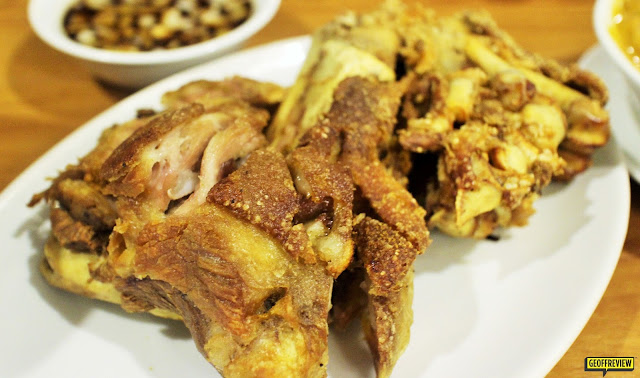 It was later on that I found out that Three Sisters’ crispy pata was supposed to be partnered with the Kare-kare and Bagoong. It can’t get any better than this! 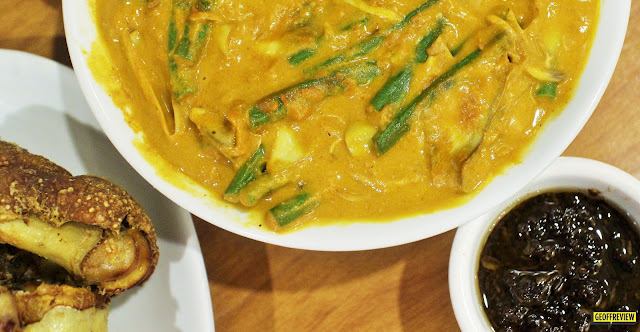 As expected, the barbecue was pretty popular that day. It tasted great, although personally I thought that it’s not that different from other barbecues I’ve tried. Still, this would be a good option if you want to play safe and be sure that you’ll like what you’ll order. 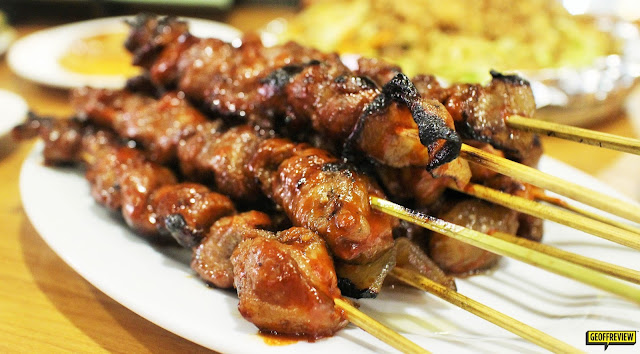 I’m not a huge fan of veggies, but the pinakbet is one of the few exceptions of vegetable dishes that I actually like. Three Sisters’ Pinakbet has kangkong, which is kinda new to me.
See also
geoffreview·
FoodReviews
·July 11, 2014 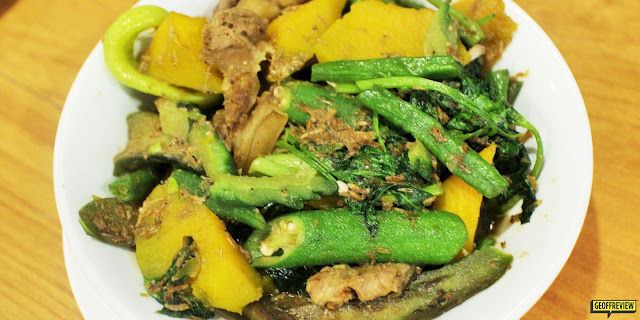 The dish also has a strong bagoong taste, and doesn’t have much broth.

To be honest, I’m not very familiar with the Kanduli, but I have to say that it tasted great as sinigang! Three Sisters’ sinigang sa miso had just the right sourness that’s not too overwhelming nor too bland. However, we weren’t able to finish one serving because it was so huge, it’s probably enough for up to 5 people! 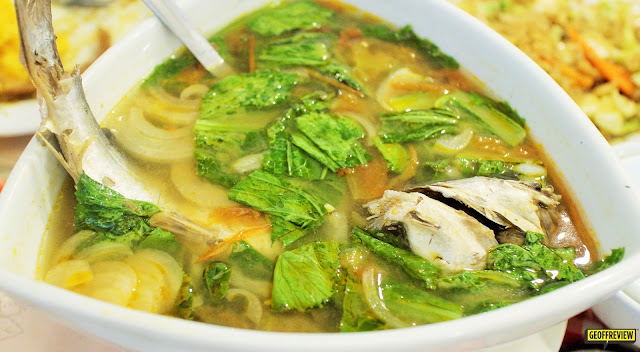 The moment my taste buds touched the pansit, I understood why it was a bestseller! Definitely one of the best pansit bihon that I’ve tried (right next to my mom’s cooking, of course). It wasn’t too oily, and you can tell that it had just the right amount of soy sauce because it wasn’t too salty either. The noodles were also perfectly cooked.  And don’t even get me started with the generous toppings and the tasty chicharon! 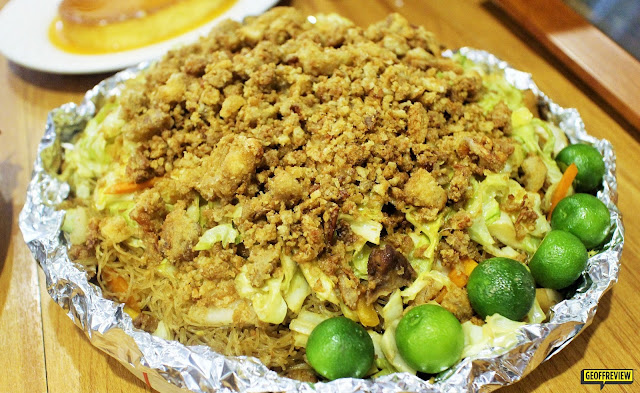 I have pretty high standards for Leche Flans because this is one of my favorite desserts. It can ruin my meal (dessert is one my most anticipated parts), or it can also be one of the highlights. Needless to say, I left Three Sisters satisfied and happy. 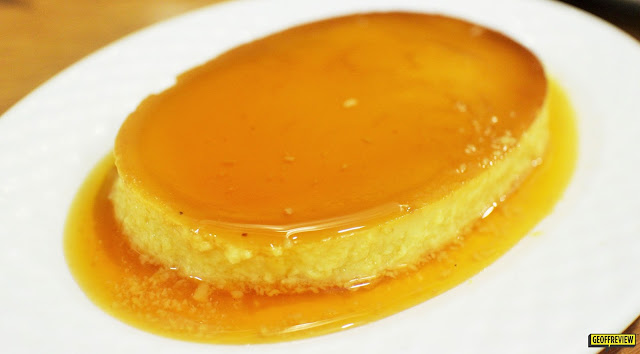 Three Sisters’ Leche Flan had the creaminess that I liked and with a sweetness that’s not too overwhelming.
I wasn’t able to try everything because I’ve had too much of the ones that were served first, but here are the other goodies you can have at Three Sisters’.
*** 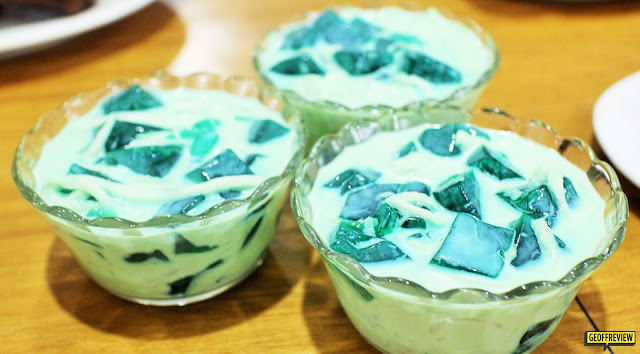 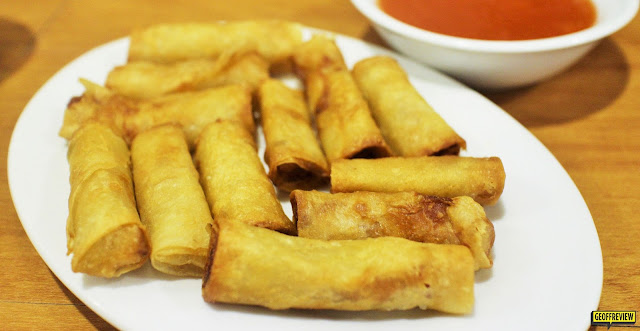 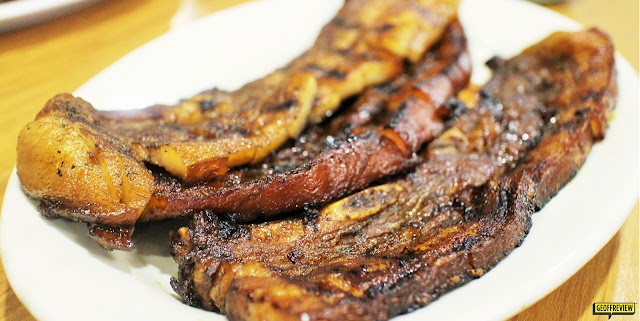 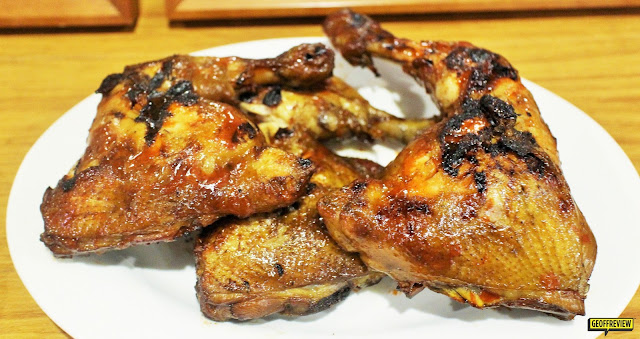 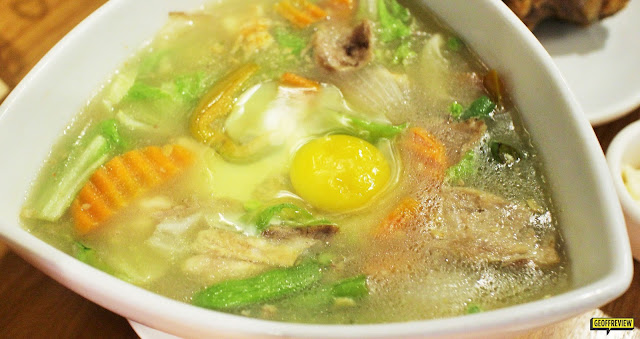 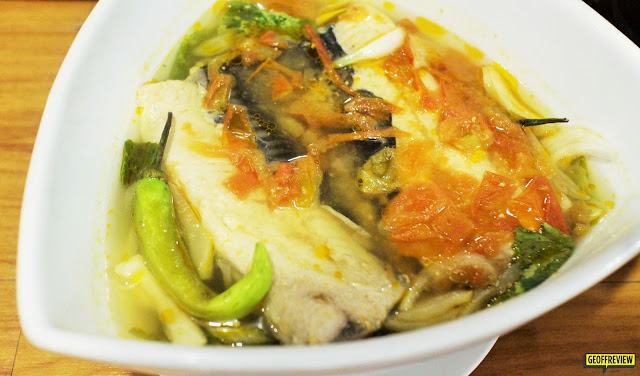 Three Sisters will be opening a branch at Quezon City sometime in September or October, so that’s something my friends from the North may want to look forward to.
Three Sisters’ Restaurant of Pasig
10 East Capitol Dr. Brgy. Kapitolyo, Pasig City
(02) 631-9247